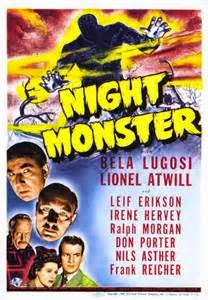 Ever since LeBron James left, the only significant thing about Cleveland, we can all agree, is that it is somewhat geographically convenient for visiting the thriving state capital of Columbus, Ohio, only a few hours down south by freeway.

And the only significant thing about Columbus, we can all agree (aside from being the corporate headquarters of Big Lots! Shoutout to one of my former employers which whom I parted amicably) is that the city has been – for 46 years now – the home of CinEvent, one of the top movie-nostalgia expos and markets in the nation.

An Ohio Memorial Day tradition and the state’s oldest movie expo, CinEvent enables one to participate in one of the region’s biggest auctions of classic movie posters and lobby cards, or browse at more than 170 tables of dealer tables full of movie merchandise, trading in everything from autographed star portraits to animation cels to soundtrack vinyl and CDs to rare tie-in paperbacks to ephemera, to the ultimate movie collectibles - movies.

Sure, a shopper/collector can find VHS or digital discs - there will be those, including the connoisseur’s format that never broke big here, LP-sized laserdiscs. But genuine, sprocket-holed 8mm, 16mm and 35mm reels of celluloid film, tons of it, is often sold by the milk-crateful for home hobbyists whose in-home theaters have actual celluloid-film projects. Fan conventions like CinEvent are the primary marketplace for buffs from all over the country to come together and hunt for footage.

During CinEvent hours, morning to midnight, there will be nearly continuous movies being screened, all of them oldies, most of them rare, some silent with live piano accompaniment. Treats this year include a pair of extremely rare Lon Chaney Sr. silent melodramas, THE ROAD TO MANDALAY and TRIUMPH (1917), for a double-shot of the Man of a Thousand Faces. There is also the atmospheric 1934 talkie thriller DOUBLE DOOR. THE SILENT MAN (1917) is a western featuring the great William S. Hart, one of the most noteworthy early cowboy filmmaker/stars who paid his dues, no, not waiting tables, but as an actual cowboy, and brought that realism to the screen. There’s even a midnight-Friday screening of NIGHT MONSTER, a 1942 Bela Lugosi/Lionel Atwill horror-mystery whose mind-over-matter gimmick ending was pretty far out for the era.

Off-site, at the illustrious Wexner Center for the Arts in Columbus, there will be special tie-in screenings Thursday of some rare suspense pics from Great Britain, JET STORM, set aboard a plane (starring a pre-knighthood, pre-Gandhi Richard Attenborough) and THE GREEN COCKATOO, with John Mills (and young Robert Newton, the actor who would later be the cinema’s most famous Long John Silver).

CinEvent itself happens at the Ramada Plaza Hotel and Conference Room. It opens Thursday at noon and runs through 6 p.m. Sunday. Registration for the whole convention is $45 at the door, with special one-day admissions to dealers areas and all films. For more information log onto www.cinevent.com.

And, just to hearken back to jobs of yesteryear, www.biglots.com.

Posted by Charles Cassady Jr. at 9:35 AM