Best of the Chagrin Documentary Film Festival, on June 1 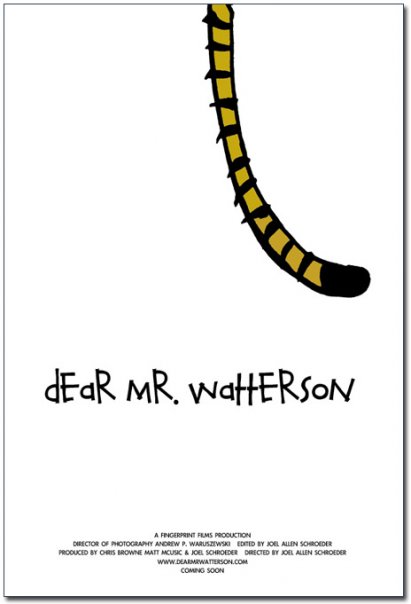 Ever since LeBron James left, the only significant thing about Cleveland, we can all agree, is the proximity to Chagrin Falls. This postcard-perfect village in southeastern Cuyahoga County last Memorial Day weekend celebrated their annual “Blossom Time” community festival that customarily includes a massive hot-air balloon convention and flyover.

Now where else in Northeast Ohio would you see a skyfull of manned hot-air balloons in profusion? In Cleveland they’d be made out of lead (a contractor mistake), and run too low on money to afford the luxury of air.

But that was last week. The big-deal celebration this week in Chagrin is a special “Best of the Chagrin Documentary Film Festival. The Festival, a week-long celebration of the latest in nonfiction cinema, normally takes over the whole of the town in October. But as a runup to the 2014 edition, the CDFF is making Sunday, June 1, a day long retrospective of highlights and audience-award winners from 2013.

The comic strip Calvin & Hobbes, created by Chagrin Falls writer-artist Bill Watterson, premiered in 1985, blazed brightly in newspaper syndication for ten years, then was suddenly ended by its publicity-shy creator (Watterson also shunned a fortune by not cashing in on the potential bonanza of tie-ins with Hollywood and toy licensing). Filmmaker Joel Allen Schroeder, a C&H super-fan, treks to Chagrin and vast comics archives at Ohio State University - not to `stalk' the low-profile Watterson in the fashion of past documentaries such as ROGER & ME but rather to use Calvin & Hobbes as a gateway to explore readers' longstanding love affair with characters and narratives of newsprint "funny pages."

At 2 p.m. the CDFF presents AMAZON GOLD. Filmmaker Reuben Aaronson’s sobering ground-zero look at how unregulated, wildcat gold-mining operations along the Amazon River is destroying vast tracts of South America’s ecosystem, especially the rainforests. It will be be paired the winning student-produced documentary KIDS OF THE ROCKET SIREN, about children coping with life in the small Israeli town near Gaza that is the community most often targeted by terrorist rocket attacks.

At 3:45 p.m. two noteworthy short subjects are paired together. X-RAY MAN introduces a Missouri dairy farmer who survived US military experiments that
Used him as a guinea pig to determine survivable human radiation exposure (no, Cleveland fan-geeks, he did not become Captain America). THE LADY IN NUMBER 6 is the 2014 Best Documentary Short Subject Oscar winner, about the amazing life and positive outlook of Alice Herz-Sommer, a Holocaust survivor and classical pianist who lived to be 109, crediting her longevity and resilience at least in part to her love for music.

At 5:30 p.m. there is a reception and celebration to preview the 2014 Chagrin Documentary Festival and mark the fifth anniversary of the CDFF itself, already known on the festival circuit as a hot ticket and rising star for anyone interested in making or viewing nonfiction cinema.
“Best of the Fest” tickets are
$8 per individual films, or $25 for all films plus the anniversary preview/reception. Tickets will be held at the door.

For more information, updates and ticket purchases go to the website
www.chagrindocumentaryfilmfestival.org.
Posted by Charles Cassady Jr. at 1:07 AM