[ALAN PARTRIDGE opens in Cleveland on Friday May 2 nd exclusively at the Capitol Theatre.] 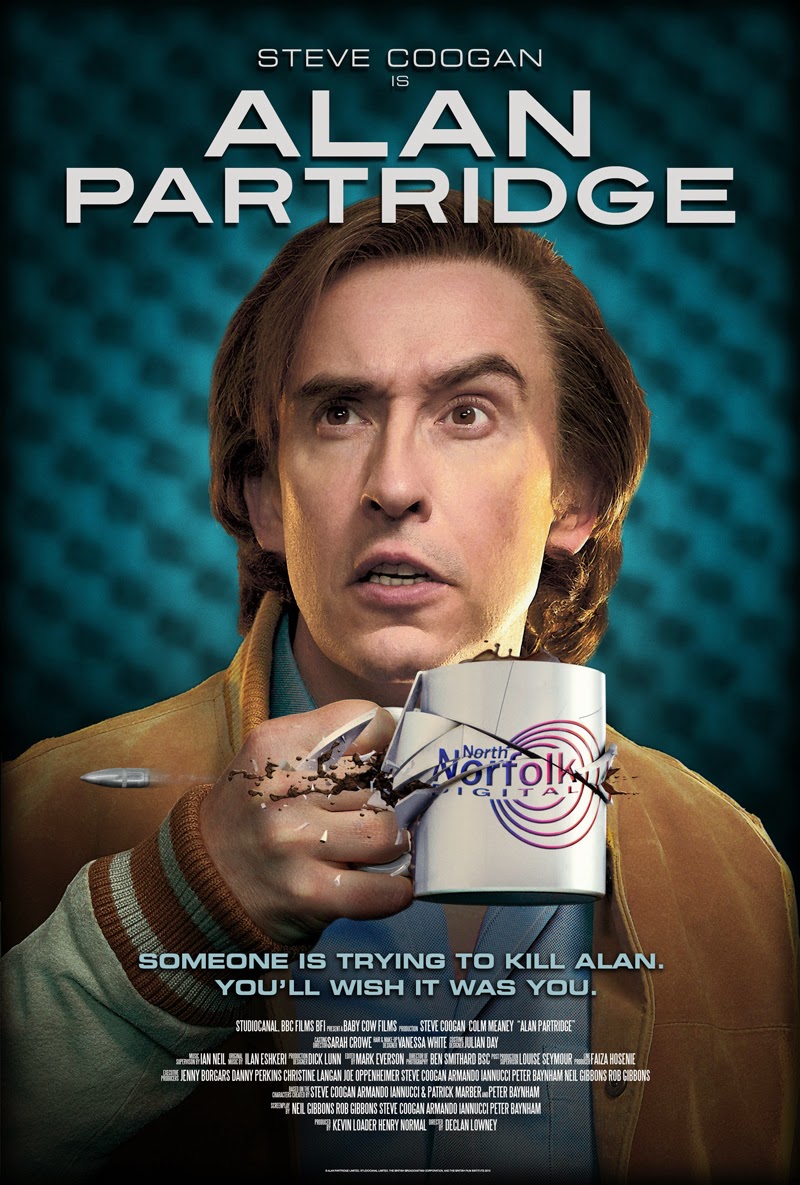 British comedian/character actor Steve Coogan follows up the critical success of last year's adoption drama PHILOMENA with ALAN PARTRIDGE, a goofy comedy based on one of Coogan's many popular British television programs. And while it most definitely does feel British, the central conceit of a big corporation buying up a radio station that genuinely serves its local community so that it can turn it into another homogenized mainstream channel is one that rings true in the U.S. as well.

Coogan plays the titular disc jockey, a middle aged coward/pragmatist who will take up for his co-workers when it's convenient, but is more than happy to throw them under the bus if that's what it takes to save his job. That's just what happens when Pat Farrell (Colm Meaney), another middle aged jock, asks Partridge to say some words on his behalf to the station's new owners. Partridge quickly susses out that either he or Farrell is going to be sacked, and then proceeds to do his best to make sure it's not him.

Farrell then goes all FALLING DOWN, taking over the station and holding the new owners and some of the employees hostage. He's willing to negotiate, but only with Partridge serving as a go-between.

It's kind of like Will Ferrell's ANCHORMAN without the retro aspect and done in a more low key manner. If you like your comedies to be mostly deadpan with occasional outbursts of silliness, this should do the trick. The social commentary aspect isn't particularly biting, but the characters are well realized and the laughs are plentiful, so good enough. 3 out of 4 stars.
Posted by Bob Ignizio at 1:54 AM