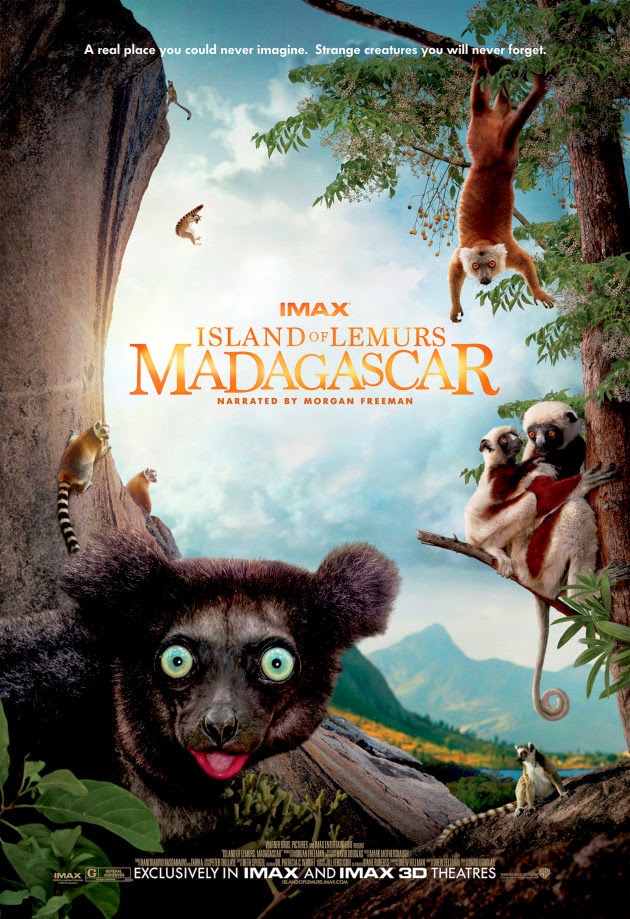 When most people get up for work tomorrow morning, very few of them will have as daunting and laudable a task as Dr. Patricia Wright, who has taken on the goal of saving an almost hopelessly endangered species from extinction. Fortunately for the tenor of this film inspired by her work, the former social worker turned primatologist understands very well the complicated dynamics involved when the island's limited resources are split between its human and non-human families. With sympathies carefully aimed in both directions, the tone of this info-taining cavalcade of cuteness never culminates in occidental finger-wagging despite the dangers facing the Greater Bamboo lemur - object of this New York ex-pat's lifelong fascination - as well as all the other lemurs found on this island and nowhere else in the world. These matriarchal mammals suffer severe habitat loss from slash-and-burn agriculture, in addition to numerous other hazards from the local people as they themselves struggle to make ends meet. While the lemurs retain the spotlight throughout the film, director David Douglas deftly avoids the temptation to cast a heavy eye across the globe while simultaneously also managing to wring a drop of hope from the dire situation.

Approximately 90% of Madagascar's forests and ecosystems have been stripped and depleted, which has contributed to 91% of the 103 known lemur species being listed as threatened or endangered. The Greater Bamboo Lemurs, who by unknown yet remarkable means are able to metabolize the toxic levels of cyanide found in the bamboo shoots they devour, are the most critically endangered of all these. Until the mid 80s when Dr. Wright finally encountered one in the wild, it was feared that they had already become extinct, and even now estimates of their total number in the wild is between 100 and 150.
Into this sad narrative comes the film's most heartening moments when a young male gets transported into Ranomafana National Park where only two Greater Bamboo lemurs remained: a father and daughter duo. While we do not find out if romance ensued between the handsome stranger and the daddy's girl, we are at least left with a welcome twinge of optimism about their fate.
That is not to imply that rest of this film is 40 minutes of downbeat doom and gloom: quite the opposite. The beauty of the lemurs, and of the people dedicated to their survival, moved me even more than I expected (despite my being an unabashed primatophile). From the grumpy antics of mouse lemurs being micro-chipped, to tangled heaps of ring-tails piled up for the night on a limestone precipice, to the graceful absurdity of the prancing sifaka lemurs, it is impossible not to become absorbed in a tingly base-level enjoyment, which takes on just a hint of bitter sweetness when paired with the conservationist message. Much like 2011's BORN TO BE WILD, ISLAND OF THE LEMURS never becomes too grave and defeatist nor frivolous and patronizing, and for this reason above all others I deem it a triumph. 3 1/2 out of 4 stars.
Posted by Ben at 3:27 PM