The Winding Stream: The Carters, The Cashes, and the Course of Country Music (March 25th, 26th, and 27th at the Cleveland International Film Festival)

[THE WINDING STREAM: THE CARTERS, THE CASHES, AND THE COURSE OF COUNTRY MUSIC screens Tuesday March 25th at 8:55 pm, Wednesday March 26th at 7:00 pm, and Thursday March 27th at 11:25 am at the Cleveland International Film Festival.] 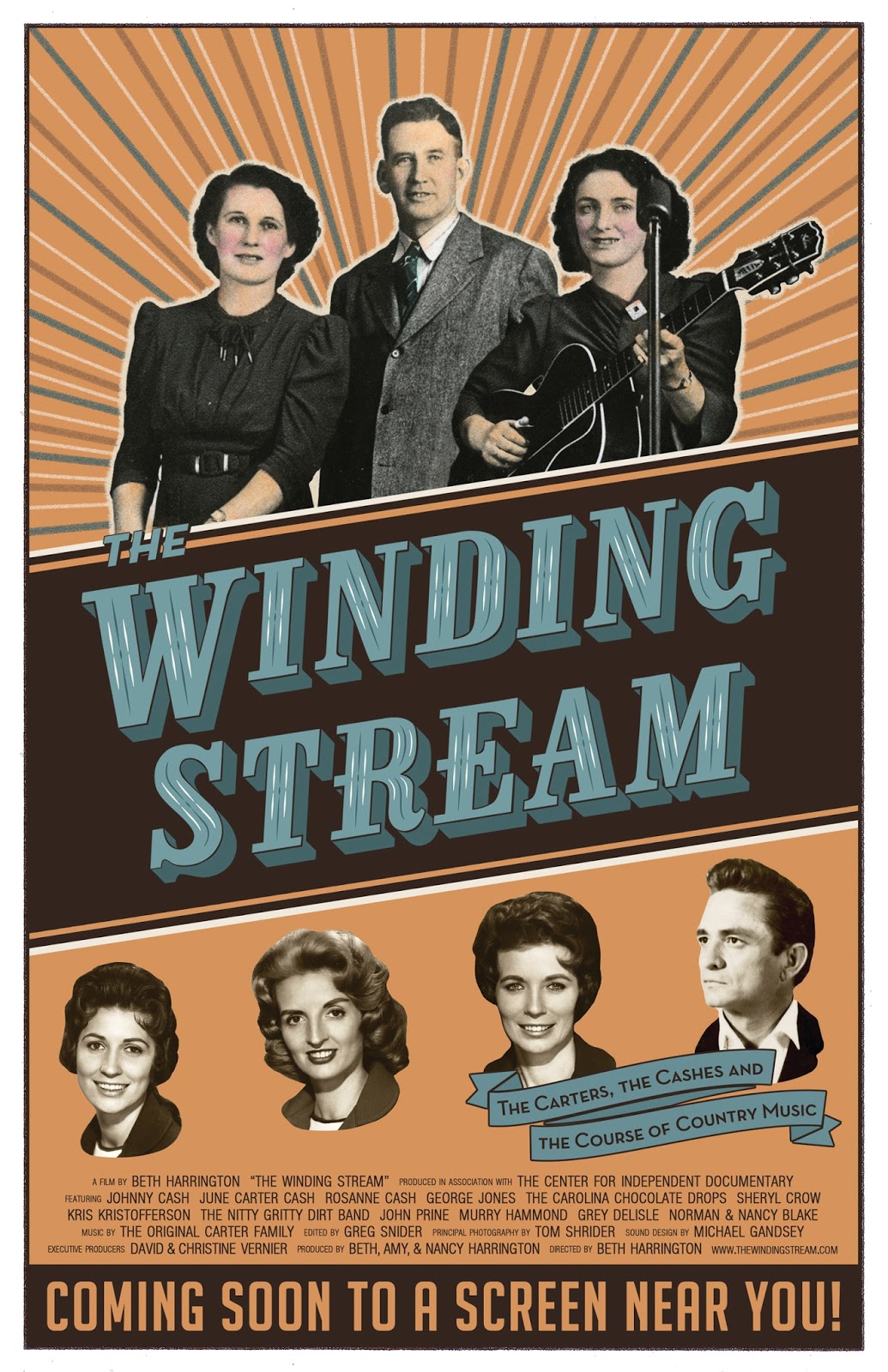 The Carter Family were one of the most important groups in the early days of country music, yet today they are perhaps best known for the fact that second generation member June Carter was married to, and collaborated with, Johnny Cash. THE WINDING STREAM: THE CARTERS, THE CASHES, AND THE COURSE OF COUNTRY MUSIC seeks to remind viewers that the Carters share a place alongside such country music pioneers as Hank Williams, Bob Wills, and Jimmie Rodgers.

The Carter Family made their first recordings in August of 1927, and if you've ever seen the Coen Brothers film O BROTHER WHERE ART THOU? it came about not unlike how the Soggy Bottom Boys found fame by “singing into a can” at a local radio station. A record producer named Ralph Peer was looking for acts and set up a studio for local talent to audition in Tennessee. The Carters, who lived in Virginia, heard about this and made the trip by car, which given the condition of roads at the time was nowhere near as easy as it sounds. After recording they went home, thinking nothing would come of it, but the sessions wound up spawning a couple of hit records and set the group on the path to country stardom.

The original Carter Family consisted of bandleader and occasional singer A.P. Carter, his wife Sara on lead vocals and occasional instrumentation, and A.P.'s sister-in-law Maybelle Carter on guitar and backing vocals. The material was a mix of original compositions and old standards, the line between the two categories sometimes being a bit blurry (A.P. would often “collect” folk songs and copyright them under his name). Regardless of who wrote the songs, though, the Carters put their undeniable stamp on everything, with Sara's high range vocals and Maybelle's distinctive guitar playing easily setting the group apart from other acts of the time.

Although there has been a previous documentary on the Carter Family, 1985's KEEP ON THE SUNNY SIDE, it focused primarily on the second generation of the family. THE WINDING STREAM deals with the entire history of the Carters, as well as their enduring influence.

Stylistically, director Beth Harrington takes a straight forward, Ken Burns type of approach to the material. In other words, narration over photos (some animated slightly) intermingled with interview segments and pertinent snippets of music. The interviews are especially important, as several of the subjects (including Johnny Cash) have since passed away. All the information collected has been distilled into a concise and informative hour and a half film that flows in a smooth and entertaining fashion that leaves viewers with a good understanding of the Carter Family's history and significance. 3 1/2 out of 4 stars.
Posted by Bob Ignizio at 12:00 AM