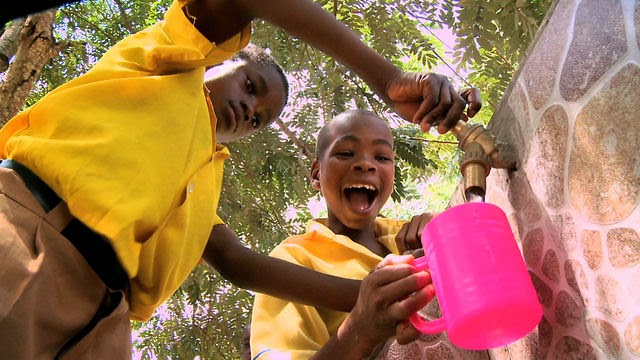 At one point in Paul Lazarus' documentary SLINGSHOT, inventor Dean Kamen bemoans the fact that America makes heroes out of athletes, musicians, and movie stars, while the inventors and scientists who genuinely make life better for all of us labor in relative obscurity. One need look no further than Kamen himself for support of this thesis. He's responsible for such medical devices as the home dialysis machine, an insulin pump, and an all-terrain wheel chair, all very successful. And yet what is he best known for, if anything? The Segway, a two-wheeled electric people mover that even Kamen views as somewhat of a failure.

Laugh at the Segway if you want. It may still have the last laugh. After all, to paraphrase Dean himself, commercial airports didn't open up all across the world the day after the Wright Brothers flew at Kitty Hawk. But in the meantime, the eternally optimistic inventor has better things to do than worry about what people think of his last invention. He's already working on his next one.

The Slingshot is a device that can purify water. Any water. This isn't some quack pseudo scientific perpetual motion machine; it's been field tested and, while there remain some issues as far as size and implementation, it performs as advertised. Given that scarcity of potable water in the near future is a very real concern, that's a pretty big deal.

SLINGSHOT does a fine job telling Dean's life story from growing up as the son of EC comics artist Jack Kamen and feeling like an outsider among his peers, to early successes working with his brother Bart on medical devices, on through his efforts to get more kids interested in science through the FIRST organization, and of course the highly publicized launch of the Segway, all without ever steering too far afield of the film's main focus, the Slingshot. And far from the usual stereotype of the scientist as cold and difficult to understand, Kamen is warm, funny, and extremely good at communicating.

It's fair to say that Lazarus isn't trying to be unbiased or detached from his subject in the least. This is essentially a 90 minute commercial for Dean Kamen, his inventions, and perhaps most importantly, his philosophy that science and innovation matter and deserve more respect in our culture. Given what Kamen's invention has the potential to do and how little attention it has been paid by the mainstream media, that's ok with me. 3 out of 4 stars.
Posted by Bob Ignizio at 5:19 PM