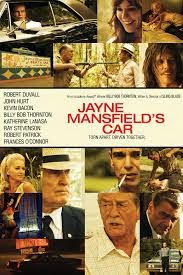 Wow, am I reading a strange book right now. The author, a West Coast freelance writer-author-insider in the "debauched and depraved" LA entertainment realm, claimed to have gone through toxic girlfriends, anger-management issues and a sojourn in Japan, whilst still covering local musicians for assorted journals. And, as a sideline, he took up lucid dreaming, setting down in longhand detail as many of his dreams and nightmares as he could. Many of them are of bizarre and violent aspect, often involving his own death or the murder of others at his bloodstained stands.


[Interesting to note that when Cleveland's eminent SCENE weekly downsized and let go of the movie-reviewing freelancers - myself included - they still determined to retain their music stringers. You really think that was a good idea, keeping the freelancers who dream of homicide all the time? Just saying...]

Wish I could tell you the title and the author of this book, but I'm asked to keep a low profile in relation to my literary pursuits. Really, I am. But I can tell you one of the guy's dreams that hit home for me: author has to buy a copy of Bass Player to read one of his own articles. After some drama at the checkout line (some bimbo just takes his issue to use in flirting with another dude) the narrator finally obtains Bass Player. With difficulty, he locates the article. His by-line is grotesquely misspelled. The musician he interviewed is depicted with his photo portrait pasted over the head of a porn actor committing an indecency. The editors rewrote the article as a Q&A, and, in their meddling, left the author looking like an absolute idiot. His writing reputation and career, he feels, is ruined.

I do believe I had a few nightmares along similar lines, back in my most prolific cross-platform movie-reviewing days. I just failed to write them down.

Directing from a tragicomic script he co-wrote, JAYNE MANSFIELD'S CAR has Thornton playing Skip Caldwell, the deceptively normal one in a large, affluent and oddball Alabama military family in 1969. Skip, whose torso bears a mass of burns from his WW2 service, secretly harbors a few offbeat sexual fetishes. His father, crusty and glowering Jim (Robert Duvall) is a First World War vet with eccentricities of his own. Hippie culture, drugs and Vietnam have challenged the Caldwells, making a shaggy, pot-smoking peace protester out of Amvet son Carroll (Kevin Bacon).

But a real culture-clash comes with the distant, unexpected death of Jim's (never-seen) runaway wife Naomi, a free-spirit type who bolted for England long before and married Kingsley Bedford (John Hurt), an aristocratic old soldier of Her Majesty's with a genuine knighthood.

With Naomi's body sent back home to Alabama for burial, the British and American in-laws have a wobbly conclave that turns into mutual fascination for each other - sexual in the case of Skip and the younger ones. Meanwhile the grizzled Jim and the straitlaced, ever-polite Sir Kingsley find a complex comradeship, partially anchored in disappointment with the way their boys turned out.

The title derives from a detail that Thornton said he lifted from his own father, making Duvall's Jim Caldwell morbidly preoccupied with sudden, violent death, to the point that local cops keep him updated every time there's a fatal road accident nearby - so the Caldwell patriarch can come out and inspect for himself. When a traveling sideshow exhibit of the alleged wrecked vehicle in which Jayne Mansfield lost her life comes to a nearby town, obsessed Jim can't help going on a field trip to scrutinize the relic, transfixed. I do hope Thornton checked it out with Mariska Hargitay before adding that detail. In any case, no disrespect to the  tragic screen-sex goddess seems to be intended. Indeed the episode comes across as a weirdly sweet sort of tribute.

Sometimes JAYNE MANSFIELD'S CAR feels like a bit of a strained actor's exercise (all the better to show off the ensemble of Kevin Bacon, Frances O'Connor, Ray Stevenson, and of course Duvall and Thornton), but some brilliant individual moments make the sum of the CAR's parts better than the whole. Cleveland-connected actor Robert Patrick seems to be left to stew in the backdrop most of the time, though he gets a strong scene right near the end.

Just for the amazing talent involved it's a little sad that JAYNE MANSFIELD'S CAR went to video instead of wider release, so perhaps check it out, you fans of Southern-Gothic curiosities. And I wouldn't want to know what Billy Bob Thornton's lucid dreams are like. (2 3/4 out of 4 stars)
Posted by Charles Cassady Jr. at 12:00 AM