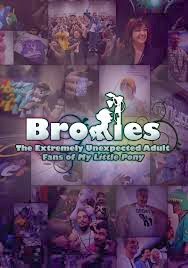 As you have probably noticed, America has pretty much lost the War on Drugs. The War on Terrorism isn't going too well. I don't hear much about the War on Poverty; evidently it went kind of like Iraq, where America just walked away to let the Muslim Brotherhood pick up the slack.

So I wouldn't get up too much hope for the latest of our "wars," the War on Bullying. Remember that one? Americans were gung-ho about it. But bullies, it seems to me, pretty much had the home-field advantage from the start, having long ago gotten entrenched into positions of government, upper management, media elite, law enforcement and (in the case of the Mean Girls) human resources and hiring departments in the job market.

But if you've been following the latest news from the bully battleground, one of the prime targets for persecution now are schoolboys who get caught by their peers with My Little Pony merchandise and accessories, like school backpacks and such. Yes, they've been special targets for abuse, and My Little Pony-related incidents of persecution have made the news.

I had already been somewhat enlightened to the fact that there is a thriving subculture of males mysteriously drawn to the cartoon and toy franchise My Little Pony. I know this not because Tyler Durden knows this, but because I was recently assigned to review a documentary about the phenomenon, BRONIES. Say, Bob Ignizio, can the Cleveland Movie Blog copyright the word "otaku-mentary" before someone else does? Your wife's a lawyer...

BRONIES comes along in the tradition of TREKKIES, RINGERS: LORD OF THE FANS, STAR WOIDS, JEDI JUNKIES and other mini-genre films studying sci-fi and fantasy obsessives. Thus, otaku-mentaries. BRONIES concerns grownups - largely males - consumed with the TV cartoon series My Little Pony: Friendship is Magic, for which the target audience was initially assumed to be little girls.

Director Laurent Malaquais introduces My Little Pony fanciers, collectors and cosplayers. There’s a Gulf War soldier, a British guy with Asperberger's, a bullied North Carolina pilot, an Israeli music composer and YouTube sensation "the Living Tombstone" (I'm trying to be a YouTube sensation myself, but it really isn't working - search for keyword "Cassxdy" if you want). Oh, and Maine adolescent Lyle, fearful of what his "conservative" father (a Bush poster is visible) will say.

All these males are captivated by the non-violent, rainbow-filled cartoon and its morality lessons, which get recapped by a unicorn at the end of each episode. We visit conventions of `Bronies' (brothers + Pony, get it?), in the UK, in Germany and in the USA.

Attendees at the American one include the show's voiceover actors John De Lancie and Tara Strong and My Little Pony: Friendship is Magic writer Lauren Faust - all of whom happen to be executive producers of this feature. So they might just possibly have been invested in this as a bit of a career opportunity, perhaps? Oh, what a Gargamel-like thing to say (sorry, wrong franchise). In any case, we get to see the always-charming De Lancie helping to play family mediator for Lyle and his dad at a Maine event.

Only a real grouch could take offense at the film’s message of acceptance and tolerance, even if it is a bit of an advertorial for My Little Pony. But be it known that the real grouch writing this, who is no stranger to TV cartoons but never got paid to watch My Little Pony, didn't quite grokk the wonderfulness of the cartoon being discussed. But De Lancie performs a great rhyming info-download that explains how previous My Little Pony shows existed in the long-running franchise, but they were pretty much just the cheapjack toy-merch commercials they looked like. Only the Lauren Faust-scripted revival with the subtitle "Friendship is Magic" has the quality and philosophy that has captivated so many guys around the world.

Okay, I’ll take his word for it. After all, who could really get a solid handle on Star Trek-dom by watching nothing but the TREKKIES movies (which also have De Lancie in them, by the way).

So there. See BRONIES, show it in your school, and maybe the bullies will shift their attention to abusing, oh, I don’t know, kids who read the Cleveland Movie Blog, perhaps? Meanwhile I think this country is possibly winning the War on Somali Pirates. Or at least holding our own. (3 out of 4 stars)