These Birds Walk (February 8th and 9th at the Cleveland Cinematheque)

[THESE BIRDS WALK screens Saturday February 8th at 9:30 pm and Sunday February 9th at 6:30 pm at the Cleveland Cinematheque.] 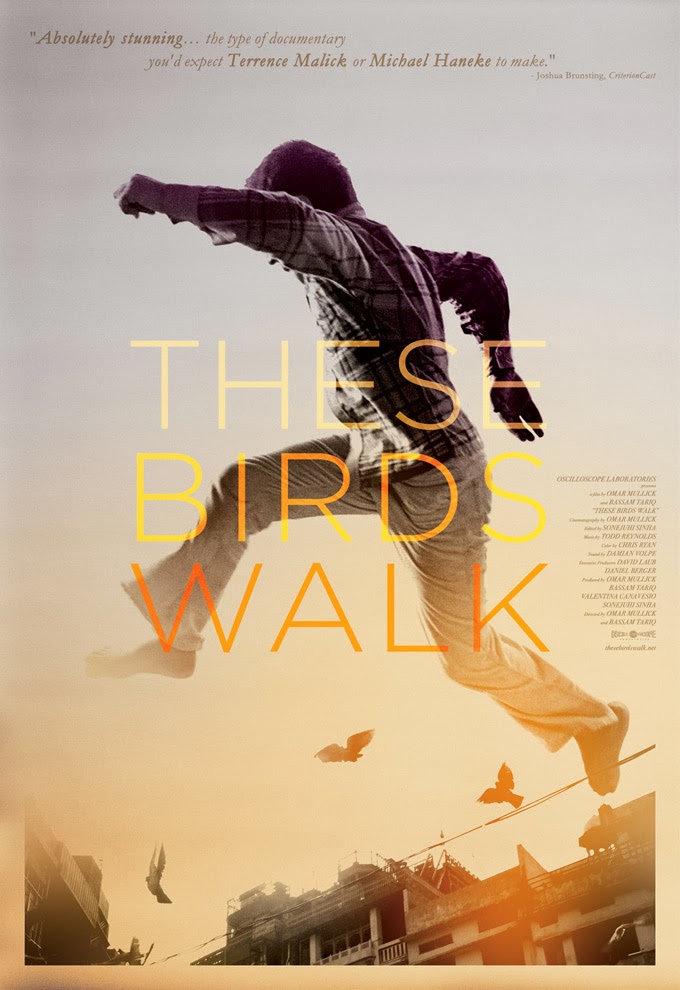 The Edhi Foundation is the largest welfare organization in Pakistan, providing numerous services to the country's poor. The documentary film THESE BIRDS WALK focuses primary on the Foundation's efforts to care for children in need: those who have been abandoned, orphaned, or who have run away from home. With regards to the runaways, there is an effort made to find out where they live and return them home in the Foundation ambulance. The same vehicle is also used for the another service we see the Foundation provide in the film: the delivery of corpses to their family members.

As we see, it's not always easy knowing whether the runaways should be returned to their families. There is no social worker to investigate conditions at home, and when one boy tells the Edhi Foundation ambulance driver taking him back home that his parents will beat him, the best the driver can do is promise to tell the parents not to hit their child. Yeah, that always works. Thankfully not all the stories in THESE BIRDS WALK end on such a downbeat note.

THESE BIRDS WALK is shot in a cinema verité style, but with a sharply focused narrative. There's a certain amount of meandering and just sitting back and letting the subjects be themselves, at least as much as anyone can be when they're being followed around by a camera crew. But for the most part there's a real dramatic momentum to the film, with a few shots (notably one of the boys running into a shrine) feeling almost like something out of a scripted film. It makes for an engaging film, but coupled with the short running time (an hour and 12 minutes), it also makes for a film that feels a bit light on information. 3 out of 4 stars.
Posted by Bob Ignizio at 12:16 AM