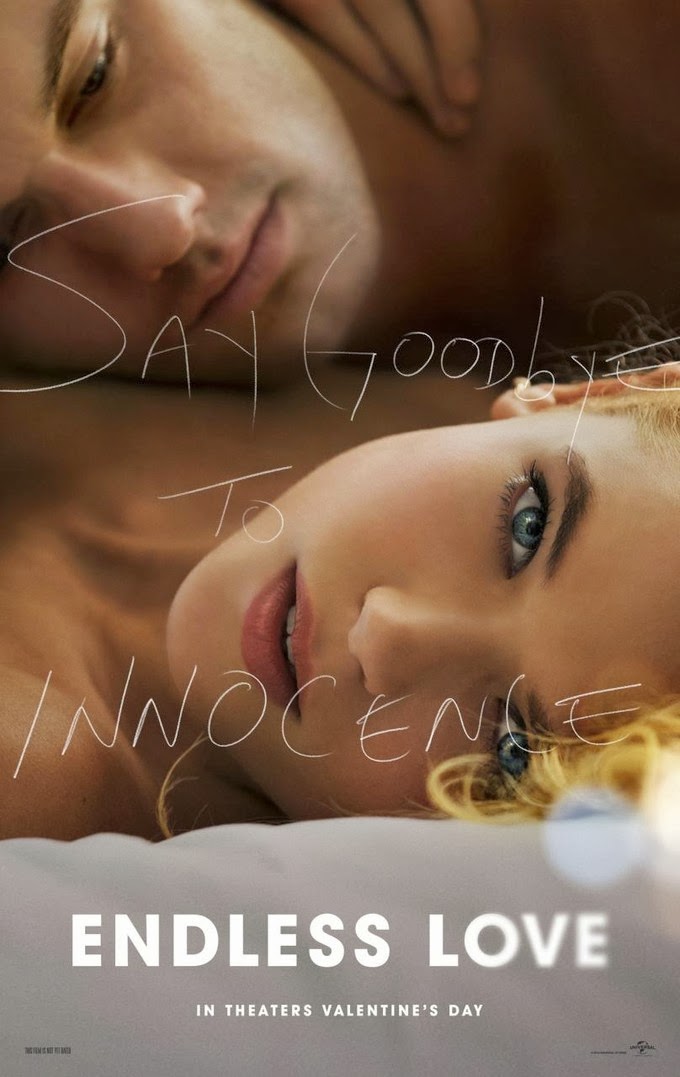 Shallow and lacking reasoning for a substantial romance, Shana Feste’s ENDLESS LOVE is a mediocre love story at best.
The film begins with narration from the male lead, David (Alex Pettyfer). David is explaining his love for the quiet but beautiful Jade Butterfield (Gabriella Wilde), who he has admired from afar his entire High School career. He explains that Jade has been shut inside her house for years since her brother died. She apparently has no friends and rarely socializes. This is somewhat hard to believe given her stunning beauty and kind, genuine personality.
Days after graduation, Jade runs into David at her family’s country club where he works as a valet. They exchange a few words and spend a bit too long looking into each other’s gorgeous eyes. During dinner, Jade leaves the table to invite David to her graduation party. He accepts the invite and convinces Jade to take a joyride with him in a customer’s convertible. The joyride ends in despair as David is fired and Jade’s father (Bruce Greenwood) is unimpressed by his antics.


After attending Jade’s graduation party and making it a night to remember, Jade and David skydive straight into a summer with infinite possibilities. They are young and in love, what could possibly stop them?
Unfortunately, many things seem to stand in the way of their new-found love. First, Jade’s impending and esteemed internship set up by her father. Second, and even worse, is her father himself. The overprotective father wants to keep his daughter to himself and very far away from David. ENDLESS LOVE takes us through their summer of turbulence and desire.
The problem with the film, solely devoted to a couple’s fight to be together forever, is that the relationship is unbelievable. Jade and David, although attractive together, can’t seem to move past the surface. There is no chemistry brought to the screen whatsoever. Sure the pair looks great together, but viewers may have trouble wondering why they are together.
The answer to this problem would be a proper back story. It is unclear why David is in love with Jade. Due to this, it is assumed that her good looks brought the attention, since the pair never spoke in high school. Without a backstory, one would hope the couple made up for the void with aspects of their relationship. This is not the case; even together it is hard to understand the couple’s compatibility. All that can be seen is blind passion with catchy background music.
So, with the lack of a convincing love story, what is driving the plot? Unfortunately it is Jade’s crazed father who brings a horror-like quality to this romance flick. His performance as an overly-obsessed father is creepy and does nothing for the film. Putting such a character as the pilot of the plotline sends the film into a downward spiral.
With little to no substance and a crazed plotline, ENDLESS LOVE is not the love story that viewers will be looking for. While it is not painful to watch and the actors aren’t awful to look at, it simply falls flat. If it holds true that “all you need is love,” don’t rely on Jade and David’s relationship to prove the notion. 2 out of 4 stars.
Posted by Grace Snyder at 12:01 AM