Centro Historico (February 6th and 9th at the Cleveland Cinematheque) 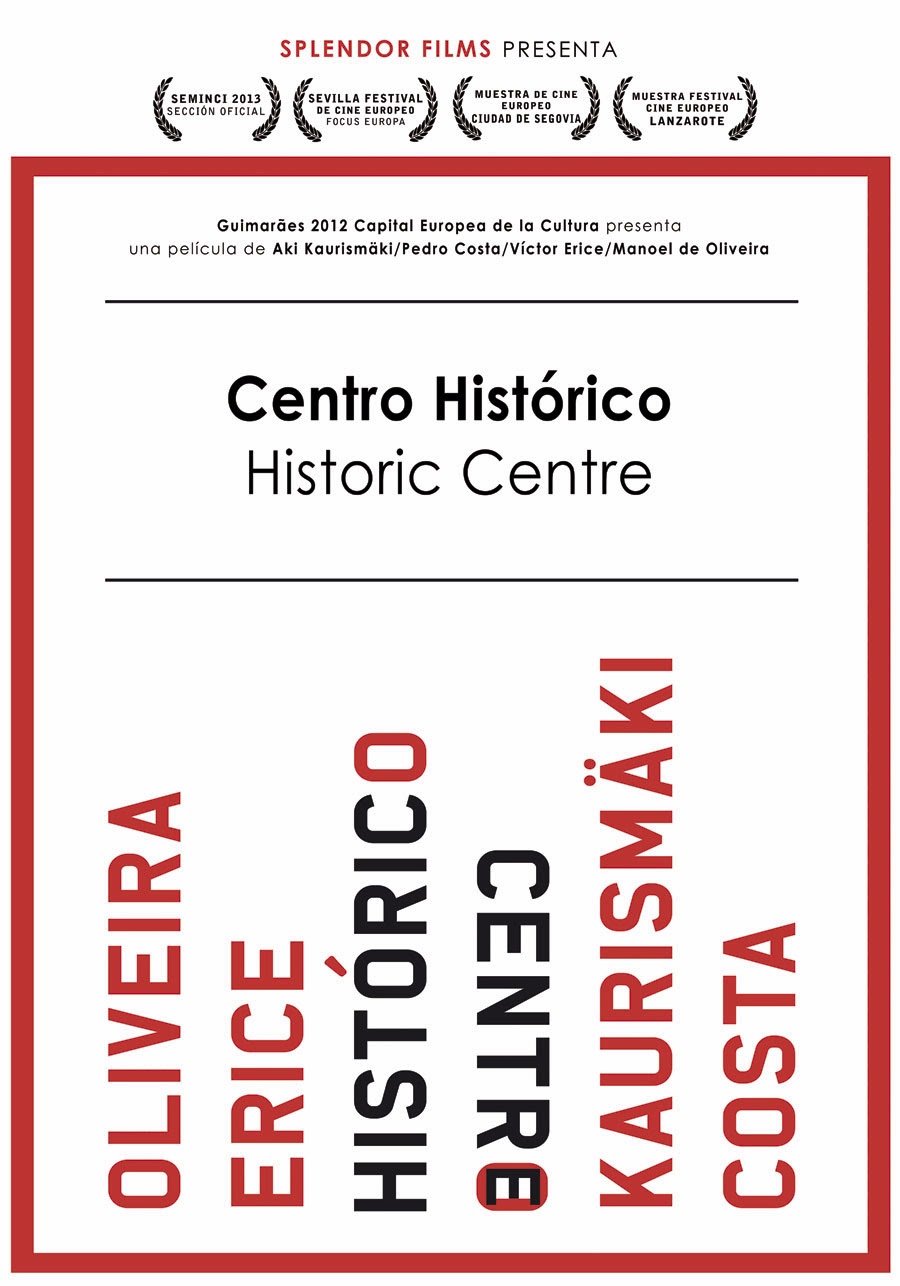 Now on Blu-ray and DVD: a homegrown anthology movie shooting around town entitled MADE IN CLEVELAND. Inspired, no doubt by PARIS, JE T'AIME and NEW YORK, I LOVE YOU, it has several different locally oriented directors paying, er, homage to Cleveland, with short-film installments.

I would not be surprised if MADE IN CLEVELAND still gets booked as part of the bill of fare at the upcoming Cleveland International Film Festival...And yet I would not be surprised if the Cleveland International Film Festival rejected MADE IN CLEVELAND as an entry, for that matter. Probably to free up a time slot for SAN FRANCISCO, I LOVE YOU, or AUSTIN, I LOVE YOU, or BALTIMORE, I LOVE YOU (GO RAVENS!), or the umpteenth teen-gay coming-out drama from Sundance. Such is Cleveland, a town that trades in rejection. Our only growth industry left.

But say you have a jones for anthology movies, especially ones (in contrast to, say, the CREEPSHOW franchise) in which each bit is done by a different filmmaker. It was fab, for me, anyway, that in PARIS, JE T'AIME, there was a spectacular, bloody, Hammer-horror atmospheric, dialogue-free vampire bit with Elijah Wood, adjacent to a whimsical fantasy about the ghost of Oscar Wilde patching up a troubled relationship. Guess which one horror maestro Wes Craven made? The warm-hearted Oscar Wilde vignette. Which just goes to show you variety is the spice of life, or something..

CENTRO HISTORICO is a 2012 Portugese portmanteau, featuring four world-class directors shooting in and around a city called Guimaraes, which was apparently dubbed the European Cultural Capital of that year. You can tell I wasn't invited to the European Cultural Capital pageant, or whatever it was. I can't even tell you if there was a swimsuit/wet-T shirt contest as a tiebreaker in the voting. Yes, Guimaraes won out, and one must presume this project shot in conjunction with the festivities, though the film gives no background linking story in its segments. No, not even an intro by the Crypt Keeper.

Finland's Aki Kaurismaki does the first seg, "The Tavern Man," a wordless, sort-of Chaplinesque (if Chaplin did slow, deadpan, Kaurismaki-style tragicomedy) thing about a dour-looking, middle-aged bachelor working in a small tavern, whose life seems dictated by dull routine. He enjoys a brief idyll with a woman at a dance, but finds his hopes of a lasting relationship destroyed (appropriate Valentine's Day material, at least). Its major distinction is that the Finnish maestro brings it off entirely sans speech or subtitles.

Pedro Costa's "Sweet Exorcist" is a curious, opaque bit about a laborer named Ventura, an immigrant from one of Portugal's former colonies in South America, who came across the ocean to the Guimaraes area to earn money for his struggling family. Now, after some sort of breakdown, he has a cathartic/cryptic conversation in a hospital elevator with a living bronze statue of a soldier.

That one's rather puzzling, but the next, Victor Erice's wistful "Broken Windows," hits home for us here in Recessionopolis. Adopting a documentary format, Erice visits a once-mighty, now-closed 150-year-old fabric works, casualty of a manufacturing infrastructure now vanished with the rise of outsourcing production to the slave factories in Asia. The camera poetically captures soliloquies from a variety of former workers (and an actor, and a musician), who remember the place - not always favorably - as a cradle-to-grave employer that was a constant in their social and financial universe. Much as some of them found it a desperate, dehumanizing environment, the end of the factory means a loss of stability, of security, of something indefinably precious and sad.

To make their pain even worse, all these laid-off workers of the Vizela River Textile Mill...were also Browns fans. Okay, just kidding about that last part. Couldn't resist.

It is one of the amazing facts of cinema that Portugal has a working 105-year-old writer-director, the peerless Manoel de Oliveira. I once corresponded by internet with some Portugese lass and sent her my VHS of THE BOY WITH GREEN HAIR, which she was keen to watch (though how she planned to get past format-compatibility problem in European VCRs I do not know). She paid me with a Portugese-language paperback edition of H.P. Lovecraft, which I now cannot locate. Point is, that was about 17 years ago - and even back then she said that Manoel de Oliveira was a Portugese national treasure.

Still, considering that, in minimum-wage Cleveland, I will have to be working into my 120s to pay off my debts (and then, after death, I might still be employed to prop open doors or be a parking-lot speedbump), I guess laboring at 105 isn't so strange. De Oliveira's vignette, the shortest, is more of a quizzical shrug than anything else, as tourists mindlessly snap pictures of a statue of a Portugese colonial hero. I can't say I fully get the joke, but I suppose it's all in the context of the city's big cultural commemoration and the title, "The Conquistador, Conquered."

A mixed bag, like lots of anthologies. In this case, it really does help to be Portugese to get all the nuances.  Sorry, but that's the way it is. The episode that really translates into Rust Belt northeast Ohio culture, where even United Airlines has closed their hub, is "Broken Windows," and its melancholy for a way of life that's gone and not coming back. It resonates like that unique Portugese ballad of regret, desire and nostalgia, the fado song. If MADE IN CLEVELAND has anything in it like that, wow. (2 1/4 out of 4 stars)
Posted by Charles Cassady Jr. at 8:06 AM