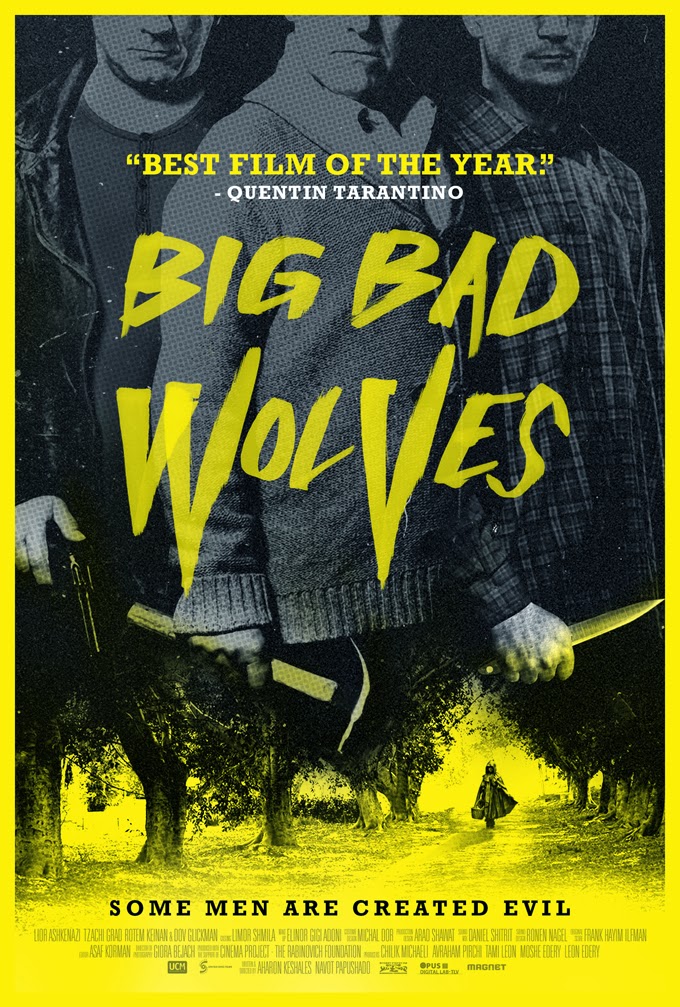 There's a serial child killer on the loose, and police detective Micki (Lior Ashkenazi) is dead certain the culprit is school teacher Dror (Rotem Keinan). Micki is so sure he's right that he ignores orders to conduct surveillance of his suspect in favor of abducting and torturing him. He's only stopped when a another officer spills the beans mid-interrogation to their superior, but by then it's too late. The whole ordeal has been captured on cell phone video by a witness, and once it hits the internet, Micki is off the force.

Out of work, Micki takes to heart a comment made by his commanding officer that civilians can do anything they want as long as they don't get caught. What he plans to do with his free time is kidnap Dror and extract a confession. There's certainly a desire to bring the killer to justice, but Micki is motivated at least as much by wanting to clear his own name as any sense of altruism.

Gidi (Tzahi Grad), the father of the killer's most recent victim, wants a few words with the alleged murderer, too. To this end he purchases a cabin in the middle of nowhere with a (nearly) soundproof basement. Gidi's motivation isn't entirely about justice for his daughter, either. He feels a degree of personal responsibility and guilt for the murder, and to a large degree his motivation is a selfish one, hoping to assuage that guilt.

It hardly qualifies as a spoiler to say that eventually, all three men find themselves in the cellar with Dror on the receiving end of some nasty enhanced interrogation techniques. There will be plenty of tension and surprises before we finally learn if Dror is guilty or innocent. It's almost beside the point, though, as the collateral damage caused by the quest for vengeance begins to mount. Somehow, co-writers/co-directors Aharon Keshales and Navot Papushado manage to find grim laughs in all of this without undermining the film's more serious themes.

It's not hard to see why Quentin Tarrantino liked BIG BAD WOLVES enough to name it his favorite film of 2013. Tonally it has a lot in common with his own films with its deadpan dialogue and odd humor in the midst of brutality and horror. Keshales and Papushado also seem to share Tarrantino's fondness for seventies exploitation movies and a knack for taking B movie material and polishing it to an A film sheen, but without Tarrantino's penchant for overt homage (or thievery, if you prefer). There's something of THE CANDY SNATCHERS in the general vibe of the film, but plot-wise WOLVES is its own animal, and a rather fine one at that. 3 1/2 out of 4 stars.
Posted by Bob Ignizio at 12:00 AM