[I USED TO BE DARKER screens Thursday January 9th at 6:45 pm and Saturday January 11th at 9:20 pm at the Cleveland Cinematheque.] 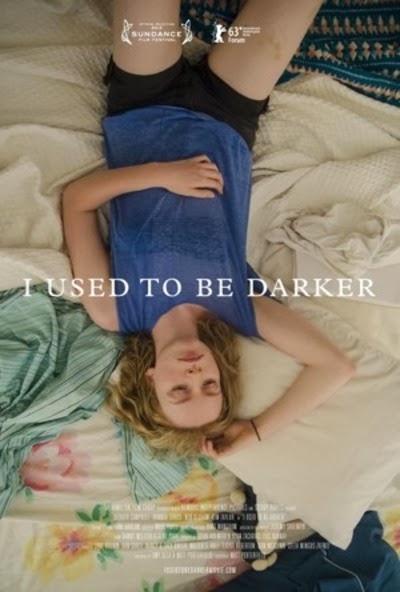 Director Matthew Porterfield and his co-screenwriter Amy Belk present us with a group of well realized characters and a situation full of dramatic potential in I USED TO BE DARKER. The setup is that Taryn (Deragh Campbell), whose parents believe her to be in Wales, has unexpectedly shown up in Maryland to stay with her Aunt Kim (Kim Taylor) and Uncle Bill (Ned Oldham), both indie rock musicians.  Complicating matters, Kim and Bill are going through a messy break-up, which naturally has their daughter Abby (Hannah Gross) feeling a little tense and upset. And of course Taryn has issues of her own. The cast, pretty much all making their onscreen debuts, do such an excellent job of inhabiting their characters that you almost can't help but feel compelled to see what happens to them. The problem is, nothing much does.

Look, it isn't Andy Warhol's SLEEP. Things do happen, but Porterfield seems determined to progress what plot there is as little and as slowly as possible, and to do his best to avoid any kind of resolution to the situations he sets up. And I get it. Our lives don't break down into neat little three act plays with pat resolutions. Reality is messier than that, and there's nothing inherently wrong in a film (or novel) having minimal or no plot, or one that leaves things unresolved. It depends on the work in question, though, and the expectations it raises in viewers.

Based on its setup, I USED TO BE DARKER raises reasonable expectations that its characters and situations will eventually coalesce into a something resembling a story, and that said story will go somewhere. So when it doesn't, that can't help but feel unsatisfying. As a character study the film is not without its pleasures, and no doubt that will be sufficient for some viewers. Me, I just felt like belting out that old Peggy Lee tune, written by Lieber and Stoller and played over the closing credits of Cleveland's 'Big Chuck and Lil' John Show' - “Is That All There Is?”. 2 out of 4 stars.
Posted by Bob Ignizio at 12:00 AM