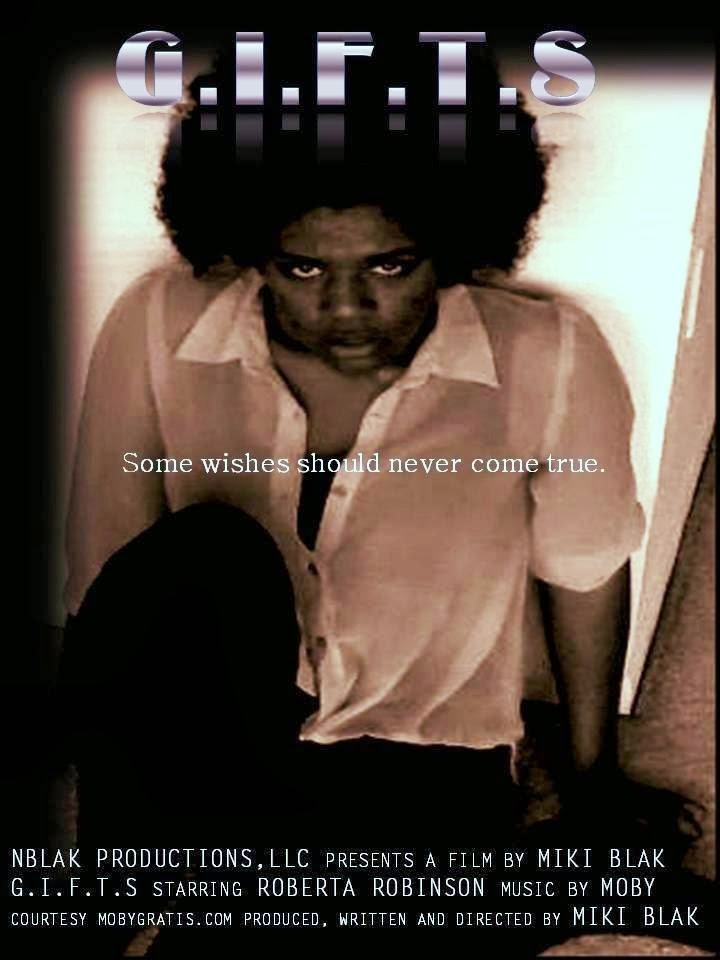 G.I.F.T.S, a short film from Cleveland filmmaker Miki Blak, documents Cara’s (Roberta Robinson) attempt to use mind power to move objects. Cara had taken an online class in which her professor claimed a person could do anything with their mind, so long as they focus and use their full potential.
Cara seems to be trying to prove herself throughout. Left out and practically invisible on her campus, it seems as if she is longing to do something special and to be something special. However, the events that take place may be more than she bargained for.

The short starts as a very believable mockumentary as Cara is recording herself attempting to move a coffee mug with her mind. She has numerous attempts that end in laughter and later frustration. It is a convincing performance from Robinson and one will feel as if they are truly watching a video posted online. After a few video entries, she manages to move the cup. From there the short takes an odd and unexpected turn. Unfortunately the dark and twisted second half of the short renders it less believable and taints what otherwise would be a very interesting short film. 1 out of 4 stars,

We've embedded the video in this post for those viewers who wish to see it for themselves.
Posted by Bob Ignizio at 12:00 AM