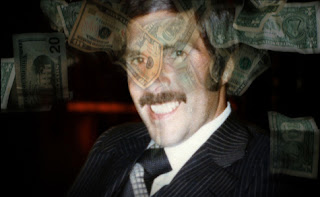 Submerging into the true events of one of the most notorious bank burglaries in U.S history, $uperthief centers around career criminal and Cleveland-native Phil Christopher and the United California Bank Burglary that took place on March 24, 1972 in Orange County, California. Breaking into the vault of the United California Bank, Christopher and his team stole jewels, bonds, and cash that summed up to a total of 30 million dollars, a score which net worth grew and now currently stands at about 100 million dollars.  Creating a historically significant impact and impression, Phil Christopher ingeniously disarmed the alarm system and opened the vault using innovative strategy, tools, and technology. Superthief is the exclusive inside story of the notable United California Bank Burglary consisting of profoundly in-depth interviews with firsthand accounts including the Superthief himself: Phil Christopher. This documentary explores the many curious factors of this historical event: How and why did they do it? Where are the lost bonds? What happened to Phil Christopher? And who is he now?

Director/Producer Tommy Reid says the film's tale is an intriguing one, and he doesn't doubt it'll hook VOD consumers as much as it did DVD enthusiasts earlier in the year.

"It's a great story", the filmmaker said.. "This documentary exposes what a $uperthief will do to accomplish his goals."

"VOD is a great outlet for $uperthief; people can now purchase and view the film when they want on any device they want - be it a computer, tablet or mobile phone", he says, adding that $uperthief should appeal to those that love documentaries, historic pieces, and a good, solid true-crime story."

Watch $uperthief : Inside America's Biggest Bank Score at iTunes here and Walmart here (http://www.walmart.com/ip/33562414). Buy the film at Amazon (http://www.amazon.com/Superthief-Inside-Americas-Biggest-...).
Posted by Bob Ignizio at 12:00 AM