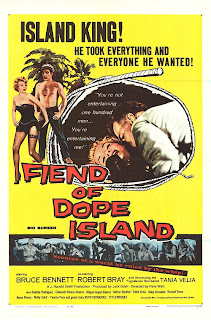 This certainly isn't the future I had been anticipating back around the turn of the century. Back then I had a handful of paying publishers, both in and out of town, keeping me afloat and dashing from premiere to premiere. And if you had ask what I thought I'd be doing in the year 2013, I probably would have imagined something such as this: like most successful people of the Future, I would travel around in a giant "mecha" robot suit with a flying jet-backpack.

Maybe at one point on my way to the thriving Cleveland Free Times to pick up a paycheck, I might see, oh, let's say Pete Roche, for example, scurrying beneath me on the pavement on Euclid Avenue. And playfully crush him.

When I got to the Free Times I would meet my editor Pam Zoslov, who would upbraid me. "Charles, you just can't crush people like that." I would respond, "Listen, dollface, that Roche guy - he was just an UNPAID BLOGGER. I do not hold with those fanatics who claim such creatures have feelings and souls like human beings. Now get yourself cleaned up and ready for the movie preview tonight. And if you're bringing your husband LeBron, tell him to take a shower first this time. Bad enough I have to show him all those fancy moves he uses at basketball practice. He could at least change into a clean suit of clothing."
Of course, that is not the future that came to pass. The World Trade Centers fell. The Cleveland Free Times ceased to exist (twice, actually, the second time for good). My other publishers downsized me out. Cool mecha suits with jet backpacks never came on the market as the bad Japanese cartoons had been predicting for the previous quarter-century. LeBron left town.  And, shorn of publishers wanting my movie reviews and articles, I too became an unpaid blogger.

But the ironic death of actor Paul Walker in a souped-up motorcar brought back those memories of a more productive era for me, and I was compelled to sift through yellowing newspaper clips to dredge up my original review, from May, 2001, of the first FAST AND THE FURIOUS film that catapulted him to public consciousness and kicked off that Universal Pictures gearhead action series that I personally stopped following quite some time ago. I can't even tell you what number I left off at. The one after TOKYO DRIFT? I forget.

It is always a little weird to read one's words from so far back, and reflect upon the ironies and the pretensions. I never had any personal interaction with Mr. Walker (or most Hollywood folk, for that matter). But, on my list of people whose deaths in a fiery car crash would only improve the world (it is a small list - on most days), he was not featured. 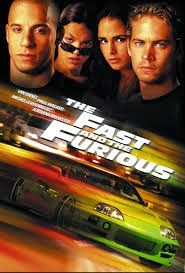 The highway's jammed with worn-out cliches on a last-chance power drive in THE FAST AND THE FURIOUS, a summer drive-in car-chase movie writ large with ROAD WARRIOR stunts. The plot has bigger holes than a Big Daddy Roth exhaust pipe. But you can have fun during the ride, if you've a mind to downshift a few mental gears. Roller coasters don't really have to get anyplace either, do they?

The setting is car-culture Los Angeles, a place where gangs of young enthusiasts regularly and illegally block off city boulevards to hold underground race events, the motor equivalent of a rave party. Straight outta Jump Street comes a new racer named Brian (Paul Walker), evidently a pretty-boy delinquent with a tenuous job at an auto customizer and a jones for speed. he challenges the imposing champ Dominic (Vin Diesel) for the adrenaline rush of glory, as well as a chance at getting close to street chieftain's hash-slinger sister (Jordanna Brewster)

But Brian has ulterior motives. He's really an undercover cop under pressure to root out mystery bandits who have been staging daring high-speed hijacks of truckloads of luxury merchandise.

These sequences, undeniably exciting, are also absurd in a SPEED RACER kind of way. The targeted 18-wheeler acts like a wild beast (its driver faceless and dehumanized, like the psycho trucker in Spielberg's DUEL) that just won't slow down as tormentors in black Honda Civics nip at its flanks like nimble wolves, until they bring it to heel with...tranquilizer bullets?!

Can Dom and his crack team of drivers be these raiders? Or is it one of their ruthless rivals such as the strutting Chinatown lord (Rick Yune) and his Yellow Perilous entourage? As Brian gets deeper and deeper in sympathy with Dom and his quasi-family pit crew, the lawman starts suffering a bad case of divided loyalty between his badge and his dangerous new buddies (cue the homoerotic tension, PG-13 rating or not).

This is one of those movies in which you can spot the nice-guy-doomed-to-be-killed a mile off. One of those in which the cop hero has a black superior officer bawling him out. One in which the soundtrack booms with rap music as you question whether any of these filmmakers would ever go near South Centrral in anything less than a Sherman tank. Then there are the scenes that glorify reckless driving, high-speed police chases and playing chicken with trains. So much for Safety Town's lasting impact.

In a movie like this, when the machinery works properly, the hairpin plot-turns you don't anticipate knock you out of your seat belts, mainly because there are so many that you do anticipate. But one can buy into THE FAST AND THE FURIOUS and enjoy the slick action fairly guilt-free, thanks to souped-up performances by Walker and Diesel. The leads steer through their stock roles with real octane, talk the talk as though they really mean it, and capture the elusive element of star quality that distinguishes a Corvette from an Edsel.

Diesel especially - brawny, bald and basso profundo - looks and sounds like an A-lister in the waiting stage. How long he'll have to chauffeur himself through synthetic-oil vehicles like THE FAST ND THE FURIOUS to take a real trophy part only God and Dale Earnhardt Sr. know.