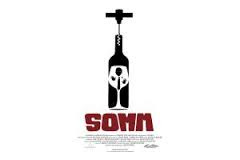 Recently a gentlemen in Ohio made headlines and became a viral celebrity by posting on YouTube his remorseful confession to having committed a drunk driving fatality and intent to turn himself in.

I haven't watch the video yet. I'm afraid I'd be sorely tempted to make my own YouTube video mea culpa about my own shameful secret - that I, Charles Cassady Jr., am a lifelong nondrinker (not even while driving!) and abstainer from alcohol. Yet I am somehow an Ohioan - though my new book project requires some study of UFO lore. Maybe I'll find I was stranded here by the aliens from my home planet in some sort of sadistic experiment.

Anyway, if word of that leaked out, that I may only have had beer once or twice in my life, both times by accident, I fear that will lead to my being perceived as a monster by my surrounding drinkers - I mean Ohio neighbors - and I bet they rally as a lynch mob and come after me with flaming torches and pitchforks, once they sober up from the last round of keg partying. Nice to know I've got a two-week headstart.

So, in other words, I bring none of a real wine-lover's lips-on expertise to SOMM, a corker of a wine-themed documentary from Cleveland-born filmmaker Jason Wise. But I did choose BLOOD INTO WINE, another vineyard-themed documentary, as my favorite film of 2011, so there (mind you, 2011 was a pretty rotten year in lots of ways). I still have some taste when it comes to nonfiction cinema.

SOMM concerns the mystique surrounding the title of "Master Sommelier," or top-flight professional wine expert. Rigorous examinations are given annually by an elite Court of Master Sommeliers, and only 160 people have earned the title since 1969. And a fellow named Fred Dame scored so highly and perfectly during his exam, that his last name has since became Sommelier slang ("I really Damed that test").

Filmmaker Wise claims to have had first-time access to the Court of Master Sommelier's convening for young American applicants who try to rise to this elite status.

Yes, a Somm must even exhibit the ability to ID wine right down to specific vineyard and the year, by taste alone. But then they have to spit the wine out, which strikes me as terrible wasteful and not something easy to watch onscreen over and over again. Maybe that's why I disdain drinking. Well, that and the massive brain damage, liver disease, hardening of arteries, violent hallucinations, uncontrollable psychotic rages, and the tendency of girls to only date the boys who are the severest alcoholics, which pretty much left me out in the cold all my life. Sorry, I have issues.

What was I doing? Oh, right, movie review. Cauble, nicknamed `Dad' by his wine buddies for his authority, utilizes fancy computer overlays on wine-territory maps. The manly cram sessions (there have been female Somms, but we only meet one) make a felicitous window into the world of wine and the high-echelon oenophiles for whom it is all-consuming.

Suspense and surprises in waiting to see who passes the Master Sommelier test makes this the wine-lover's equivalent of SPELLBOUND, and the formidable Fred Dame is on the scene for additional added pressure. I guess you don't have to be a wine lover - but it helps - to enjoy SOMM, and doubtless many viewers will raise a toast to it afterwards. Especially in Ohio. Remember, always have a designated driver on hand for such merriment - though it's a bit futile here, since most of those are probably on dope. (3 1/4 out of 4 stars)