Forget all that government shutdown nonsense, the big news is that the Cleveland Movie Blog is 3 years old.

A brief bit of self congratulatory fluff by Bob Ignizio 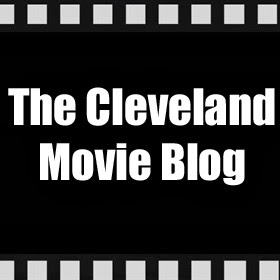 So the Cleveland Movie Blog is officially 3 years old now, and I'm reasonably proud of that. In that time, I think we've done a pretty good job of covering the film scene in northeast Ohio, both in terms of reviewing the movies playing at the local cinemas and in covering local filmmakers. If you're reading this, hopefully you feel the same. Regardless, I just want to say thanks to everyone who has visited this site since its launch on September 20th of 2010.


I also want to say thanks to the many fantastic writes who have contributed to the blog since its inception. Pamela Zoslov and Charles Cassady, Jr. have been here since the beginning, and Pete Roche has been here almost as long, coming on board in November of 2010. This blog has benefited immensely from their efforts for which I am extremely grateful. More recently Matt Finley joined the fold in August of 2011, and Joseph Anthony came on board in December of 2012. Both have proved to be extremely talented and welcome additions.

Finally, there have been several writers who were with us either for a short time before moving on, or who are still with us but don't have time to contribute as much. Nonetheless, all their work is greatly appreciated. So thank you to Eddie Fleisher, Marcie Gainer, R.J. Justavick, Andy Kaiser, Chip Karpus, Ben Lybarger, Jared McGrath, Jeff Niesel, and Kim Yanoshik for writing what you could, when you could. Anyway, that's enough of that. There are too many movies to watch and too many reviews to write to spend any more time looking backwards.
Posted by Bob Ignizio at 12:00 AM