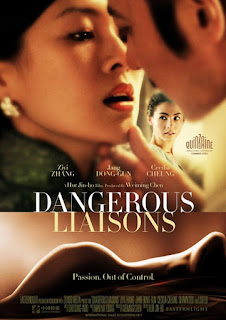 It's a ghastly confession that will bring on endless job discrimination, but I have to tell you I am old enough to remember when the last big GREAT GATSBY came to theater screens in 1974, the Robert Redford-Mia Farrow edition. Critics generally disliked it. Yet to me, as a fifth-grader, that the Jazz Age retro-fashions it created hung around for ages and ages (I had a junior-high teacher who I swear must have patterned her look after it; she was a quasi-flapper right out of the likes of "Miss Crabtree" from Our Gang). The current GREAT GATSBY, with Leonardo DiCaprio, has likewise made its mark on the zeitgeist; there are Gatsby-themed weddings, dance parties, and who knows? Maybe even a tie-in novel.

If I had more time and hard-drive space and the right gear, I would do the first stop-motion Lego version of Gatsby. Just a bunch of Lego figures standing around Lego mansions in Lego ascots saying things like "Daisy, come with me! Leave Tom." "No, Daisy, Gatsby is not what he seems! Stay with Tom!" Then a Lego woman gets run over by a Lego limo, and it's over. I think I'd get quite a few hits with that. When some 9-year-old rockets to stardom with it, remember you read the idea for Lego Gatsby here first.

What is left, then, but the Asian version: the "Gleat Glatsby," anyone? Oh, was that racist? I humbly plead cultural throwback-displacement, immersed as I am immersed in the revived ambiance and Anglo-dominance insensitivity of America in the 1920s/30s (which, in Cleveland, comes with a bonus Great Depression).

But it is a fact that the Asian visually sumptuous Jazz-Age tragedy has already been made, and is now on video, to enthrall us foreign-devil barbarians. It is Jin-ho Hur's excellent DANGEROUS LIASONS.

Yes, the oft-filmed 18th-century French novel of seduction, Les Liasons dangereuses, by Pierre Choderios de Laclos, famously developed for the stage by Christopher Hampton, most recently done in Hollywood as a teenage update CRUEL INTENTIONS, has gotten a Far East treatment. And you know something? The material adapts astoundingly well to between-the-wars China in this atmospheric Sino-Korean co-production.

The setting is a gilded-era 1931 Shanghai, with a westernized upper class dwelling in splendor, while storms of war and revolution gather in the distance. Playboy Yifan Xie is a notorious rake and ladykiller. But he never stops thinking of glamorous Jieyu Mo, who wed into riches and inherited her businessman-husband's corporation when he died. "Miss Mo" has been Xie's on-off lover of longstanding and seemingly his dragon-lady amoral match in every way.

She agrees to surrender to Xie sexually if he succeeds in heartlessly wooing and bedding a chaste widow (Zhang Ziyi). And, to give herself a comparable challenge, Miss Mo takes an assignment to destroy the star-crossed love blossoming between an artist from the Shanghai lower classes and a teenage heiress already promised to wealth in an upcoming arranged marriage. It all ends in tears, of course.

The property was long in gestation, and, in fact, was once intended as a vehicle for the tragic Hong Kong idol Leslie Cheung before his 2003 suicide. Remarkably, it went before the cameras under the direction of a South Korean helmer - filmmaker Jin-ho Hur is known for his romantic-lyrical stylings, much as Baz Luhrman is renowned for his own filigree. A production of such a scale handed over to a director who did not even speak Mandarin is, I understand, quite a breakthrough for the Chinese movie industry. Moreover, Jin-ho Hur brought with him for the male lead countryman Jang Dong-Gun, who possesses the devilishly suave appeal of a Korean Clark Gable (trust me on this) in the role of Xie.

Despite the themes and some flashes of female curves, there is no serious nudity or sex. It's all done with innuendo, smoldering glances, eye-bathing colors, elaborate sets and glorious lights. No kung fu, of course.

What's left now? Only the Japanese version of Les Liasons Dangereuses, probably set in feudal-samurai era. If anyone can demonstrate even more cruelty in relationships than the French and the Chinese, it's the Japanese. The Lego people I haven't quite made up my mind yet. (3 3/4 out of 4 stars)
Posted by Bob Ignizio at 12:55 AM