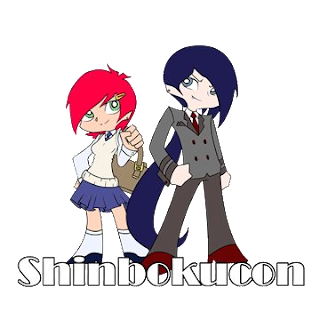 I've been studying Japanese animation ("anime") in depth lately, and it goes like this: all anime has magic schoolgirls who manage to produce huge swords from somewhere and fight monsters (or other magic schoolgirls). When dressed in full school-uniform regalia, the girls are wisp-thin like Olive Oyl. When their clothes come off, or the top blouse button gets undone during combat or something, the same girls turn out to be busty as porn stars. Every Japanese anime series has their own equivalent of a Sports Illustrated Swimsuit Issue; suddenly the heroines (including their female deadly enemies) wind up at the beach, in a bathhouse, or competing in a beauty pageant, lingerie fashion-show or bikini tournament. There are suggestive lesbian clinches, nipple slips, and what are called "panty flashes." There is a male lead character, usually a decent-hearted high school guy, but as colorless as Tintin (and also with little or no parental supervision). For some reason all the schoolgirls-with-swords congregate around him and wind up cohabiting under his very roof, in what they call the "harem comedy." Often, usually around a bathtub, he accidentally trips and falls face-first into their spectacular cleavage (sternum and/or vaginal) as all the others walk in, cueing feminine shrieks and jealous misunderstandings.

Oh, you say none of that was in AKIRA? Or MY NEIGHBOR TOTORO? Or PRINCESS MONONOKE? Or Pokemon, or Astro-Boy? I guess I must stand corrected. MOST anime has magic schoolgirls etc. etc. etc.

To max out on anime and maybe even find some that doesn't go like the above (good luck), don't fly to Japan; head for the much closer and appreciably less radioactive Elyria, Ohio, this weekend for Shinboku Con 7.

This is the seventh annual convention and expo immediately west of Cleveland for "otaku" - a Japanese word that means outsiders/outcasts in general but which has come to especially denote hobbyists submerged in Japanimation and manga (Far East comic book) culture. It grew out of a humble on-campus gathering done by the Japanese-animation student society at Lorain County Community College. Shinoku Con has since grown to join the many anime "cons" across the country, bringing in big-name guests and vendors.

Expect panel discussions (Zombie Survival 101 is promised), crafts and card tournaments a la Yu-Gi-OH! Shinboku Con also hosts the inescapable and ever-popular "Cosplay," in which fans dress up and cavort as their favorite Japanimated (or movie/TV) characters. Shinboku Con 7 promises to go one better with manga-themed pro wrestling, whatever that is.

VIP guests include voice actor Kyle Herbert, who has dubbed English versions of Dragonball Z, Tekken and Street Fighter, and Alexis Tipton, who has been heard in Fullmetal Alchemist as well as a handful of horror and vampire-themed anime: Dance in the Vampire Bund, Rosario+Vampire and the ongoing Blood series. There will also be local music groups and composers, including Abracadabra, a Cleveland ensemble who cover J-pop and Korean hits (will they do Gangnam Style, or is there now a law against it?).