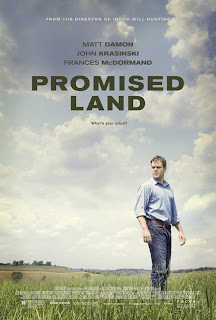 Hydraulic fracturing has apparently existed for decades.  But “fracking” is big news now, when everyone’s trying to manufacture cash out of thin air—or subterranean oil and gas deposits.

Unlike regular drilling, fracking involves forcibly injecting the ground with sand, water, and chemicals to break up the shale and sediment preventing natural energy wells from releasing their geothermal bounty.  That’s an oversimplified description, of course.  But the controversy over the practice arises from the damage—direct and collateral—that might be caused by introducing foreign substances into the soil or otherwise upsetting the earth.  Sinkholes may develop.  Groundwater could be contaminated.  Ginormous mutant monsters may be spawned.

Precisely why—and how often—this occurs is debatable.  Hundreds of studies have been conducted, the results of which may be construed myriad ways, depending on which side of the fence you’re on.  But clearly fracking does pose some significant risk to the environment.  The process wouldn’t make headlines if it had a perfect safety record and transformed all its participants and investors into overnight millionaires.

The small town of becomes ground zero for the controversy in PROMISED LAND, a new drama reteaming GOOD WILL HUNTING director Gus Van Sant with actor Matt Damon.  Damon is Steve Butler, a proven salesman dispatched into the heartland to persuade townies that their future rests with Big Oil.  ’s handlers at mega-corp Global Crosspower Solutions hope his enthusiasm and small-town upbringing will enable him to find just the right the pitch to convince residents to lease their land for drilling.

So  takes a Greyhound to the Podunk little town and confirms McKinley is a quaint little farming community where everybody knows your name.  Indeed, it’s exactly the sort of blue-collar area mythologized in song by Bruce Springsteen and John Mellencamp, where silos and water towers jut from rolling green pastures and golden fields of wheat and razor-stubbled dads in Carhartt coveralls tinker over tractors and trailers in their driveways.  The kind of place where visitors like Steve can stock up on flannel shirts and Fritos at catchall filling stations with names like Guns Groceries Guitars and Gas.

Steve and partner Sue Thomason (Frances McDormand) think they'll have it easy.  Most of their prospective clients are already in a bad way, neck-deep in mortgages and loans, or dependent upon government subsidies for the equipment needed to sharecrop for frozen food conglomerates.  They’re God-fearing, hardworking simple folk, not scientists, and are desperate to keep their family farms for as long as they can.  Some have anticipated Steve’s arrival and greet him at the door, eager to sign over rights to their property and toast as their new “partner.”  Single-mom Sue tells families the drilling profits will allow them to send their kids to college.  She’s good at guilt-tripping them into thinking they’d be selling their children short by denying them the higher education needed to compete in the 21st century.

Steve buys off a local politician to present his case at a town hall meeting—but he meets resistance in the form of elderly schoolteacher Frank Yates (Hal Holbrook), whose knowledge of the issue far exceeds that yielded by your average retiree’s casual after-dinner Google search.  Yates has already persuaded a few neighbors that Global doesn’t have the town's best interest in mind, and that they shouldn’t so easily sell out their livelihoods and legacies.  Steve and Sue are given a couple weeks to work their magic in McKinley before a vote is taken.  It’s not clear what the vote is for; each property owner makes up his or her own mind on the matter and contracts are inked throughout the film.  But dramas need deadlines, so….

Steve’s fiercest opponent is Dustin Noble (John Krasinski), a tree-hugging conservationist sent by Athena Environmental Group to undermine Global’s Napoleonic campaign.  While Steve attempts to blend in with locals by sponsoring little league teams and doing shots at the pub, Dustin plasters the streets with pamphlets and posters of dead cattle.  The two strong-willed thirty-somethings also vie for the attention of schoolmarm Alice (Rosemarie Dewitt), who serves as McKinley’s spiritual centre (with Yates providing the brains) and test subject.

The closest we get to seeing actual fracking in PROMISED LAND is when Dustin ignites a Playskool farm set during a demonstration in ’s classroom.  But the process itself isn’t on display here so much as its impact on the townspeople and the ways in which Steve and Dustin spin their arguments for and against it.  Some landowners welcome Steve with open arms and splurge on wish-list luxury items after signing with Global.  Others take him to task for what they perceive is his—or his company’s—condescension to a demographic generally regarded as naive, old-fashioned, and poor.  Some want to kiss Steve.  Others punch him in the face.

Damon and Kasinski, who coauthored the screenplay (based on a story by Dave Eggers), have a dynamic onscreen rivalry, and by the climax we’re convinced they’ll come to blows over if not the whole Evil Empire vs. Little Guy debate.  McDormand, meanwhile, is sweet and sympathetic as the veteran saleswoman who just wants to do the “job,” checks in with her teenage son via Skype, and is willing to sing church hymns at the bar if a little embarrassment will net a few customers.  Titus Welliver is effective as everyman Rob, proprietor of the grocery-cum-guitar shop and love interest for Sue.  Holbrook’s presence adds gravity and charm, his face scored with the wrinkles of a sage and his eyes watered with wisdom.  Yates’ miniature horses become metaphors for McKinley’s plight (and Steve realizes “Absolute Madness” might be more than just a drinking game).  A girl at a lemonade stand serves up the film’s biggest smile.

PROMISED LAND isn’t objective on the issue and makes no apologies for it.  The picture is decidedly anti-fracking, anti-big business, and pro-environment.  Steve is a nice guy—the kind of guy you’d want to live next to.  Yates calls him a “good man.”  But he’s vilified early on and spends most of the film trying to escape the shadow of his greedy, seemingly omnipotent employers.  Steve’s crusade to distinguish himself from Global and cast himself as just another Regular Joe who painted barns with his grandfather makes the ending a little too unsatisfyingly saccharine—and that’s accounting for an eleventh-hour twist.  2 ½ out of 4 stars.
Posted by Peter M. Roche at 12:47 PM