It Walks Among Us! The 38th Annual CWRU Science Fiction Marathon 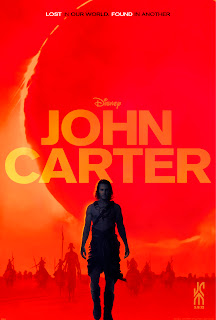 There is a curious announcement in the website of the Case Western-Reserve University's illustrious annual Science-Fiction Marathon this year: watch for a possible `special non-film live event.'

What can that be? The CWRU marathon, a legend in extreme-moviegoing circles, has been going on now for 38 years in Strosacker Auditorium, with 30-plus hours of continuous science-fiction and fantasy, projected on digital, 35mm and 16mm, the playlist including trailers, features, shorts, cartoons, TV episodes, serials, even some local homebrew productions. There have been live prize drawings and costume and trivia contests. For a while there you could even bring a laser pointer and make funny patterns on the screen (but that was outlawed). So what special live event distinguishes the CWRU SF Marathon of 2013?

After feeding the data into a HAL-9000 Computer we arrived at a theory: at the end of the Marathon, those who have remained throughout the whole thing will have proven resilience and stamina above the average mundane human being. They will also be somewhat weakened and easy to control. As the last movie-credits roll, orderlies in anti-contamination jumpsuits and space helmets will swarm throughout the Strosacker and gently guide the semi-comatose viewers to the campus cryonics lab. There the already-sleepy students will be put into suspended animation for an indefinite period - weeks, months, years, decades, even centuries. They will not be revived from homeostasis deep-freeze... until job opportunities show signs of returning to the area, and it finally makes good economic sense to thaw out and resume earning a degree.

See, CWRU really is concerned about servicing the community and giving value for tuition money. And if jobs do not materialize in the foreseeable future, it is always nice for the aging Case faculty and big-money alumni donors to have a good supply of healthy young transplant organs and blood types available on ice on demand. What did you think that Medical Mart was really being built for anyway?

Now you non-tuition-paying, non-student readers of the Cleveland Movie Blog intended to be on the CWRU campus just for the Marathon, you will likely escape that - or have your organs harvested immediately; our theory is non-specific. But you definitely will have the time of your truncated life at one of the country's best-established movie endurance tests. Each year an estimated 250 people are in Strosacker at any given time. The Marathon starts at 8 p.m. on Friday, Jan. 19 in Strosacker, although ticket-bracelets go on sale at 6 p.m. for $30. Lucky attendees who get one can keep it on and enter and leave at will throughout the Friday-Saturday ordeal. Otherwise a special single-feature admission rate of $4 is applied, for those who just want a sample of the event.

Many Marathon-goers get through this day and a half by bringing sleeping bags and personal computers, for homework or on-the-spot blogging. After a while the whole of Strosacker begins to look (and smell) like a refugee camp, or Jonestown, with bodies piled up in corners. Bringing towels, toothbrushes and deodorant is strongly advised. As far as food, you're allowed snacks and sustenance, just no glass bottles or alcohol. Tournament video-game play sometimes takes place in the lobby.

Because of the R-rated nature of some of the movies, any Marathon-goers under the age of 18 must be accompanied by parent or guardian. Organs that young rarely do the wealthy any good anyway (though stem cells are a promising field).

The movie schedule has not been finalized at press time, but features expected include JOHN CARTER, WATCHMAN, WESTWORLD, IRON SKY, THEM! And the George Clooney remake of SOLARIS.

We think we’re pretty close with the cryogenic-freezing theory, but to find out what the “special live non-film event” might really be – and the complete film schedule -
Updates can found online at http://films.cwru.edu/sfmarathon38/
Posted by Charles Cassady Jr. at 12:50 AM