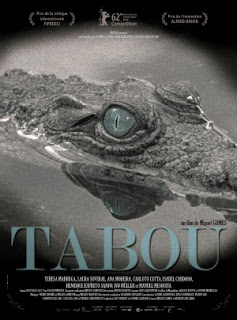 “We're filling a gap for 'arthouse' cinema,” says Akron Film+Pixel Film Curator Tim Peyton. “Cleveland has the Cinematheque and Cedar Lee Theatre, but until now there's been no place in Akron to see new festival films on the big screen, with an audience.”

The first film in the series is festival hit TABU.  This surrealistic love story about a dying woman’s secret past, inspired by early Hollywood adventure films, is landing on many critics’ best-of lists for 2012. Akron Film+Pixel will bring TABU to the Akron Art Museum on December 27th for its first public screening in Northeast Ohio.


The classic film series “Film Club” will also continue in partnership with the Akron-Summit County Main Library, Summit Artspace and Akron Art Museum. The first selection of the New Year is often referred to as one of the greatest films in the history of cinema: Jean Renoir’s social satire THE RULES OF THE GAME. It will be screened and followed by group discussion at the Main Library on January 31st.

TABU is showing at the Akron Art Museum at 6:30 pm on December 27th. THE RULES OF THE GAME will be shown at the Akron-Summit County Main Library at 6:30 pm on January 31st. Both screenings are free and seats are open to the public on a first-come, first-served basis.