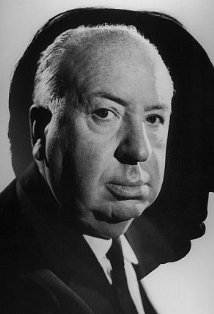 On December 7th, FOX Searchlight Pictures opens its film HITCHCOCK at the Cedar Lee Theatre (2163 Lee Rd., Cleveland Hts.). Starring Oscar-winners Anthony Hopkins as the legendary “Master of Suspense” and Helen Mirren as his wife Alma Reville, HITCHCOCK tells the story of the director’s struggle to get his masterpiece PSYCHO made as well as explores his complicated relationship with the woman he loved.

In anticipation of the opening of HITCHCOCK, Cleveland Cinemas is presenting four of the master filmmaker’s most famous films at four of its area locations.


DIAL M FOR MURDER (in 3D)
Capitol Theatre (1390 W. 65th St., Cleveland)
Sunday, November 25th at 10 AM (previously announced as part of the Sunday Classic Series)
Sunday, December 2nd at 10 AM (added screening as part of the Hitchcock Film Series)
Admission: $6.50
Alfred Hitchcock's screen version of Frederick Knott's stage hit Dial M for Murder is a tasty blend of elegance and suspense. Grace Kelly, Ray Milland and Robert Cummings are the points of a romantic triangle. Kelly loves Cummings and her husband Milland plots her murder. But when he dials a Mayfair exchange to set the plot in motion, his right number gets the wrong answer - and gleaming scissors become a deadly weapon. Originally shot in 3D in 1954, this showing is presented from a new digital 3D print from Warner Bros.

REAR WINDOW
Chagrin Cinemas (8200 E. Washington St., Chagrin Falls)
Monday, December 3rd at 7:30 PM
Admission: $5.00
Jimmy Stewart plays a man confined to a wheelchair in this classic suspense film by Alfred Hitchcock. He passes the time by looking at his neighbors through a pair of binoculars and becomes convinced that he has witnessed a murder.

STRANGERS ON A TRAIN
Shaker Square Cinemas (13116 Shaker Square, Cleveland)
Tuesday, December 4th at 7:30 PM
Admission: $5.00
Two men meet on a train and casually (or so one of them thinks) talk about committing murder for each other in this suspense classic. Starring Farley Granger and Robert Walker.

Tickets for the Hitchcock Film Series are available now at the theatre box offices or online at clevelandcinemas.com. Tickets for the new film HITCHCOCK go on sale November 26th.