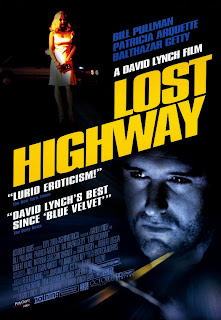 Three of David Lynch’s least-revived movies will be shown in the upcoming series “Lynchpins,” running October 11 through 26 at the Cleveland Institute of Art Cinematheque, 11141 East Boulevard in University Circle.
The three movies (Dune, Twin Peaks: Fire Walk with Me, Lost Highway) are the less-traversed bridges between the well-known high points of Lynch’s filmmaking career (Eraserhead, The Elephant Man, Blue Velvet, Twin Peaks, Wild at Heart, Mulholland Drive). All received  mixed to negative reviews when first released, but they are so brilliantly weird, creepy, and idiosyncratic (i.e., Lynchian) that they deserve to be reprised and re-appraised. They tie together one of the most distinctive bodies of work in contemporary cinema.