[Press release from the Owens Group.] 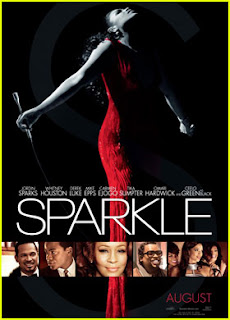 Tri-Star, BET, Myspace, and Z 107.9  hosted a national singing contest on behalf of the new Tri-Star film SPARKLE starring Jordin Sparks,Whitney Houston, Derek Luke, Carmen Ejogo, Tika Sumpter, Mike Epps,  and Cee Lo Green opening nationwide on August 17th, 2012. The film is directed by Salim Akil, is executive produced by Whitney Houston, and is produced by best-selling author Bishop TD Jakes and Debra Martin Chase. The national singing contest was held at the Richmond Town Square Mall. The winner Jasmin Beckwith will now be competing against 14 other city winners including New York, Los Angeles, and Chicago.
Phase 2: the online voting of the contest begins Wednesday, July 25th and ends on Wednesday, August 1, 2012 at 3pm EST. Taped Performances of the Finalists will be posted on www.myspace.com/sparkle and www.bet.com/sparkle; each a “Voting Site”. There is no limit on how many times you can vote.


The Grand Prize Winner of the National contest will win a 4 day trip to New York City, airfare, hotel, visit the set and appear on BET’s “106 & Park” show, a recording session with the Punch Monkeys, during which the winner will record an original Punch Monkeys song; filming by Myspace of the trip, $500 USD for spending money; one $250 BEBE gift card;  one $100 Black Opal gift card; and  Miss Jessie’s Super Slip Sudsy shampoo, Super Sweetback conditioner and Pillow Soft Curls styler.
Jasmin Beckwith is also available for interviews and on air appearances. She can sing her winning performance of “Something You Can Feel” from the film SPARKLE. Let’s support our Cleveland winner Jasmin by voting!
Sparkle opens in theaters Friday, August 17, 2012
For more information, please contact:
Kim Moss/ Sony Pictures Representative * kim@theowensgroup.net or (216) 291-0500
Posted by Bob Ignizio at 12:00 AM