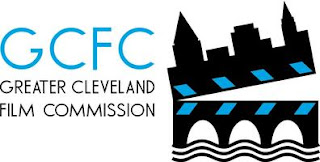 "Raising the cap on the tax incentive acknowledges the success of Ohio's program and lets the national and international film industry know that Ohio is open for business. I want to sincerely thank Governor John Kasich for signing this important legislation, and Ohio Sen. Tom Patton and Ohio Rep. Mike Dovilla for sponsoring the legislation that made this possible," Schwarz said.


The Greater Cleveland Film Commission advocated strongly on behalf of the tax incentive, and testified in front of Ohio House of Representatives and Senate committees in support of the bill. The Commission is committed to building a year-round, sustainable statewide film industry through job creation, workforce development, and attracting media production.

Initiated in 2009, the Ohio Motion Picture Tax Credit provides for a refundable credit against the corporation franchise or income tax for motion pictures produced in Ohio. The tax credit now offers a total of $40 million for fiscal years 2012 and 2013, with up to $20 million that can be allotted in the first fiscal year of the biennium.

The expansion comes shortly after the release of a Cleveland State University economic study showing the motion picture tax incentive returns $1.20 into the Ohio economy for every $1 invested by the incentive.

The study, prepared by CSU's Center for Economic Development at the Maxine Goodman Levin College of Urban Affairs, stated that about 1,143 full-time equivalent Ohio jobs and $35.5 million in household income are estimated to have been credited to the 27 projects that took advantage of the Ohio Motion Picture Tax Credit in the past three years.

In Northeast Ohio alone, the 16 projects that filmed exclusively in the region are estimated to account for 901 full-time equivalent jobs and $27.3 million in household income, according to the study. Retail shops, restaurants, hotels, contractors, real estate agents, and rental agencies in areas of filming also showed increased revenue in conjunction with filming.

Ohio's rich, varied landscapes, skilled workforce and historic architecture make Ohio a prime location for filmmakers. Many of those locations are showcased in the blockbuster Marvel's The Avengers, which was released in May and filmed in several Ohio locations including Public Square and East 9th Street in Cleveland, NASA Plum Brook Station in Sandusky, and Wilmington in southwest Ohio.

"There's no doubt that Marvel's The Avengers filmed in Ohio because we had a film incentive," Schwarz said, noting that all studio feature films shot in Ohio since the tax incentive was introduced have used it. "Expanding this incentive keeps Ohio competitive with other states and opens the door for more film projects and more jobs."

Ohio is one of several states, including Michigan, Pennsylvania, and Louisiana that offer a tax incentive to film and television productions, according to the study. Michigan offers $25 million; Pennsylvania offers $60 million; and Louisiana has no tax credit limit.