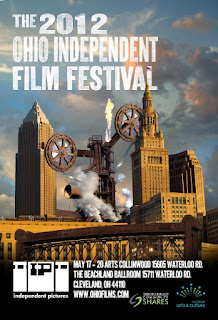 The 2012 Ohio Independent Film Festival presents a wine tasting and screening of the documentary BOOM VARIETAL  on Thursday May 17th at 7 pm.

This year’s film festival will kick off with a wine tasting at the Arts Collinwood Café preceding a documentary detailing the history of Malbec wine production in Argentina. Currently, fifth in the word for wine production, Argentina, is the leader in producing “Malbec “ originally a French wine and now one of the most popular wines through the world.
Posted by Bob Ignizio at 12:01 AM