Corman's World: Exploits of a Hollywood Rebel (March 8th and 9th at the Cleveland Cinematheque)

[CORMAN'S WORLD: EXPLOITS OF A HOLLYWOOD REBEL screens Thursday March 8th at 9:20 pm and Friday March 9th at 7:30 pm at the Cleveland Cinematheque 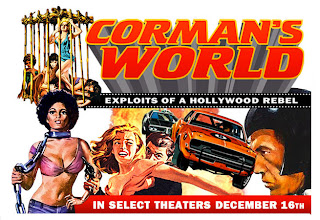