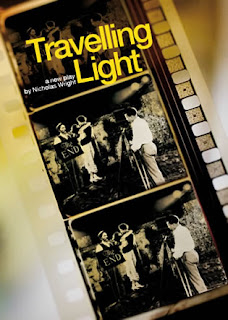 The National Theatre stages over 20 theatre productions a year. Selected productions are now being filmed in stunning HD to be screened in movie theatres around the world. The Cedar Lee Theatre (2163 Lee Rd., Cleveland Hts.) has been selected as one of the exclusive venues for these presentations.
“Not everyone has the luxury of being able to travel to London to see these incredible productions live on stage,” says Jon Forman, President of Cleveland Cinemas. “Seeing these plays on the big screen is the next best thing to being there in person. We’re proud to be able to bring the National Theatre to Cleveland.”
Upcoming productions are as follows:
TRAVELLING LIGHT
A new play by Nicholas Wright
Directed by Nicholas Hytner
February 29, 2012 at 7:00 PM
March 4, 2012 at 11:00 AM
THE COMEDY OF ERRORS
By William Shakespeare
Directed by Dominic Cooke
March 21, 2012 at 7:00 PM
April 1, 2012 at 11:00 AM
SHE STOOPS TO CONQUER
By Oliver Goldsmith
Directed by Jamie Lloyd
April 11, 2012 at 7:00 PM
April 15, 2012 at 11:00 AM
Tickets are $20 and are on sale 60 days before each performance at the theatre box office or online at www.clevelandcinemas.com.
NT Live events are distributed outside the U.K. through New York-based BY Experience, Inc, the pioneer of global live “alternative content” digital cinema events.  For more information visit www.byexperience.net.
Posted by Bob Ignizio at 12:01 AM