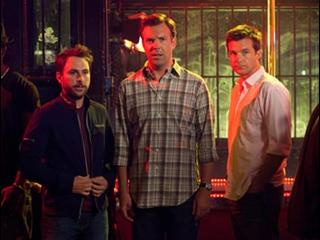 The week between Christmas and New Year's finds media people assembling lists (people love lists) and recycling their favorite columns and broadcasts of the year (beats working!). And so I am compelled to compile my own list of the year's “best” films. My list includes a whopping five documentaries, because I lean toward the learning experience, or what P.G. Wodehouse's Jeeves might call “an improving film.” I want films to tell me about something I don't know, rather than just take me on a ride. And in a momentous year that saw the rise of Wikileaks and increasing opposition to government secrecy, truth-telling seems much more important than fantasy. Haven't we all been living too long in a fantasy world?

Still, there was a smattering of outstanding fiction films this year, as well as cheerfully vulgar comedies (a guilty pleasure), like HORRIBLE BOSSES and THE SITTER. Interestingly, a number of the year's best fiction films (HUGO, THE ARTIST, 50/50 and MONEYBALL) were also based on true stories.

As a confessed doc addict, I particularly enjoyed these nonfiction films: 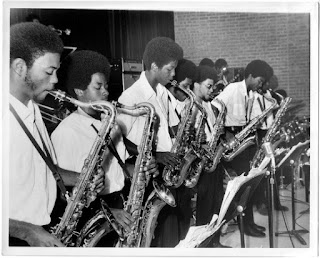 THUNDER SOUL, the electrifying and emotionally rich account of the reunion of the members of the Kashmere Stage Band, the superlative 1970s funk-soul band from Kashmere High School in Texas that was brought to greatness in the 1970s by its beloved conductor, Conrad “Prof” Johnson, for whom the now middle-aged band members reuinite in tribute; BUCK, the beautifully photographed,deeply affecting portrait of the real-life “horse whisperer” Buck Brannaman, whose horrific childhood abuse gave him a singular empathy with animals; INTO THE ABYSS, Werner Herzog's thoughtful examination of the death penalty, focusing on a triple homicide case in Texas, its victims and convicted perpetrators (one on death row); THE MAN NOBODY KNEW: IN SEARCH OF MY FATHER, CIA SPYMASTER WILLIAM COLBY, Carl Colby's attempt to understand his recondite father, the former CIA director who was implicated in the darkest chapters of the Vietnam War, revealed some of the Agency's deep secrets to Congress and later drowned under mysterious circumstances; THE BLACK POWER MIXTAPE 1967-1975, which missed a Cleveland run this year [It will be playing at the Cinematheque February 9th and 10th - Editor] but is available on DVD, an uneven but arresting assemblage of footage shot by a Swedish film crew focusing on the major players including Stokely Carmichael, Angela Davis and Eldridge Cleaver and and issues, rise and fall of the Black Power movement. Though I realize its appeal might be limited in a town that prizes fried pig's ears and bacon ice cream, I also loved FORKS OVER KNIVES, the persuasive documentary arguing for a plant-based diet, centering on the research of nutritionist Colin Campbell and Cleveland's brilliant Dr. Caldwell Esselstyn, Jr. After initially resisting the film's data (what, no cheese?), I rapidly adopted a plant-based diet, with excellent results.

BASED ON A TRUE STORY 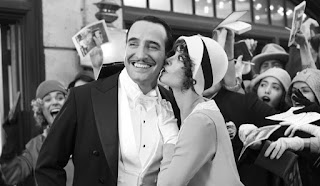 The early days of cinema were commemorated in two fine end-of-year releases, THE ARTIST and HUGO, a tribute to illusionist and film pioneer Georges Méliès by an unlikely auteur, Martin Scorsese, better known for the mean streets of New York than for Paris. THE ARTIST is a lovely near-silent melodrama about a brash silent-film star (Jean Dujardin), based on John Gilbert, whose fortunes decline dramatically with the advent of sound pictures. (The dog alone is worth the ticket price.) The movie opens in Cleveland on January 20. Brad Pitt showed his finer acting abilities in MONEYBALL, an adaptation of a nonfiction book about Oakland A's manager Billy Beane's adoption of a statistical method of picking a cut-rate winning team. A baseball movie for non-baseball fans (most of the action takes place in the back offices), the film also features an excellent performance by Jonah Hill as numbers whiz Peter Brand. Movies about cancer are usually too depressing to consider, but 50/50, a comedy/drama written by Will Reiser based on his own experiences with a virulent form of cancer, finds a nice balance between comedy and pathos, focusing on the friendship between a young man dealing with his potentially deadly diagnosis (Joseph Gordon-Levitt) and his reprobate friend, played by the reliable Seth Rogen.

This was also the year Woody Allen came up with a certifiable hit, MIDNIGHT IN PARIS, whose somewhat perfunctory domestic plot (aspiring novelist Owen Wilson is saddled with a petulant, demanding fiancèe immune to the allure of Paris) is elevated by literary time-travel story featuring meetings with Hemingway, Dali, Gertude Stein and other major artistic personages. The historical figures are portrayed with great verisimilitude, and the views of the City of Light are breathtaking. Also noteworthy: THE GUARD, the winning Irish black comedy starring Brendan Gleeson as a cheerily dissolute provincial policeman who teams up with Don Cheadle to solve a murder case.
Posted by Pamela Zoslov at 12:01 AM