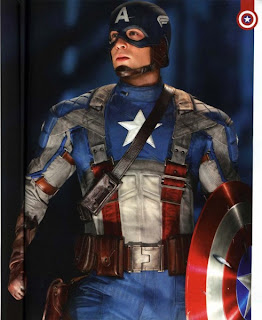 Cyber-bullying being a major problem in US schools, I only felt I have to do my bit. Word reached me of the top-five-movies-of-the-year-2011 list compiled by the esteemed student newspaper of . If memory serves, it goes something like this:
(1)     CAPTAIN
(2)     THOR
(3)     CAPTAIN
(4)     GREEN LANTERN
(5)     Tie – CAPTAIN and THOR
What can I say? The voice of young speaks. Glad to know the future of our culture is in such good hands.
Okay, despite my sarcasm, maybe the Case kids are just warming us up for the global apocalypse in 2012, reminding us that if the world does end next year around this time, it will surely be a tragedy on a cosmic scale – except for contempo cinema. No great loss there. Unless you were counting on a Wolverine-Superman crossover, or the fourth/fifth attempt to get a Punisher feature right. Otherwise, stick a Mayan Calendar fork in , it’s done. The art form has run its course. 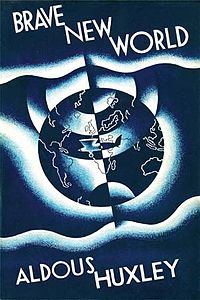 I’ll tell you what really destroyed movies for me in 2011, and no, it wasn’t comic-book-adaptation saturation. While doing home chores (gotta make the place look good for imminent foreclosure) I listened to a book-on-tape of a classic work of literature I’d never actually read before, Aldous Huxley’s Brave New World (a superb unabridged reading by thespian Michael York, BTW).
I know it’s commonly assigned in schools – meaning only that the Cliffs Notes have been avidly perused/downloaded, by those very few kids who did any of the homework at all. So be patient, because I have to give you a recap to let you know where I’m coming from: Brave New World takes place in a darkly satirical – but not laff-riot satirical – anti-Utopian society of tomorrow, after a grievous series of planet-wide famines, plagues and natural-resource wars. Now, in the resulting, “improved” capitalist society Huxley imagines, the state is a sort of super-consumerist deal, run along the lines of an ultra-efficient giant factory. There is no unemployment; everyone is genetically engineered before test-tube birth for their predetermined slots in the job market. Families don’t exist; the corporate government takes care of you all the way. Marriage is unknown; free, uninhibited sex abounds, even among children (“erotic play,” it’s called). Legalized and widely encouraged drug abuse helps maintain a general sense of well-being. All of the above, plus some decent plastic surgery, keep everyone looking young and pretty until age 50 or 60 or so, when they abruptly and painlessly drop dead, their corpses immediately recycled for the phosphorous. And there’s no religion to cause any guilt or grief either, just a general veneration of auto magnate Henry Ford, as a secular Messiah on whose assembly-line methods this whole shebang is based.
Now, for decades Brave New World  was peddled as some sci-fi nightmare, like Orwell’s counterpart 1984. But as Mr. York’s perfect diction resounded in my ears, I thought, smeg! The reader is supposed to be horrified…but in 21st-century ’s post-9/11 no-jobs, no-future economy - no way. I’ll bet the vast majority of folks would go for the novel’s proposed type of existence in a heartbeat. Wall Street definitely would. Lots of shopping and spending, sex everywhere, no hangups, no war, no high-maintenance sons/daughters, no wrinkles, no worries…Just the drugs part alone would sell everyone on a Huxley/Ford ticket for President in 2012. Oh, and I’ll reckon Britney Spears would wish she spent a day or two in English class, just to rip off “erotic play” for a song title.
So what’s all this got to do with movies? Because in the intellectually blighted, consumerist world envisioned by Mr. Huxley, movies have evolved for the public “greater good” as well. They’re not movies any more, they’re “feelies,” in accord with the concept that future cinema-auditorium technology somehow allows FULL sensory experience of whatever the filmmakers are projecting onscreen: One can taste food, feel fabric, smell odors, etc. (Mr. Huxley is either too much the gentleman to go into the prospect of “feelie” pornography, or the free-sex concept makes pornography basically obsolete - all the more reason today’s conservatives would do anything they could to bring this world about). And the, uh, films that result from feeliemaking? Shallow trash, of course. Smarmy love stories and/or breakneck action-escapism, expertly calibrated for the broadest possible market. One Brave New World character, who ranks high in the ruling elite and actually possesses some taste, admits with slight melancholy that, yes, the feelies are vulgar sensationalism, but that such garbage is necessary as an opiate for the masses.
I’m listening to this, and I think, feelies, huh? Shallow high-tech sensationalism for lifelong cud-chewing consumer-units? Sounds like most all the comic-book formulaic, digitally edited, MTV-fast semi-CGI junk that’s playing in the movie theaters of 2011. In  “Real3D,” don’t forget.
So that’s what helped me turn my back on mainstream cinema in 2011. And thus, I wasn’t even paying much attention when the latest Transformers movie came out. That feelie was this summer? I thought it was due for next summer, silly me. I was even a little bit proud of myself it got right past me. Same goes for CAPTAIN and THOR (sorry Case), and there was something whose name I forget that co-starred Julie Roberts and “’s own” Tom Hanks. I was wondering why Hanks was reappearing on all the talk shows; seemed a little late for TOY STORY 3 shilling.
The question now begs itself, why should you read a top-ten movies-of-2011 list from a guy so sick of 2011 movies? Well, some good ones still came to my notice, usually indie documentaries. And if they caught my jaded attention, perhaps they will give you a long-overdue treat as well. Or not. 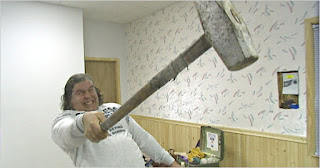