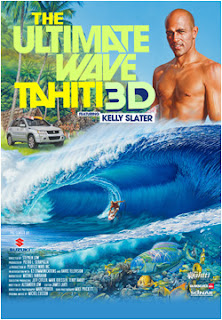 I wasn't high on the local-media roster, but I was deemed worthy enough as a freelancer by one newspaper to be dispatched to the scene as a reporter when the Great Lakes Science Center's OMNIMAX theater opened its doors, oh, about 16 or 17 years ago. There must have been free food.

(In order for journalistic correctness, I must note that I think the proper name of the facility, depending on the sponsor, is the Great Lakes Science Center Cleveland Clinic OMNIMAX Theater. Or maybe by now the Great Lakes Science Center Progressive Insurance OMNIMAX Theater. Or, for a year or two, the Great Lakes Science Center LeBron James OMNIMAX Theater, then followed for a few months by The Great Lakes Science Center LeBron James OMNIMAX Theater, with the words "LeBron James" x'ed out in angry blood-dripping red paint. In a few weeks it will be the Great Lakes Science Center See THE AVENGERS, Starring Iron Man! Thor! Hulk! Black Widow! Captain America! Actually Filmed In Cleveland! OMNIMAX Theater. When it becomes the Great Lakes Science Center Cleveland Movie Blog OMNIMAX Theater, maybe at least the gift shop will carry more of my books...)
Anyway, during the 1990s festivities I got into a somewhat memorable conversation with one of the actual installers of the awesome 70mm hyper-real IMAX/OMNIMAX projection technology. He started talking about the possibility of IMAX/OMNIMAX-format pornographic movies and what that would be like.
Understand that I am kind of like Garrison Keillor's Shy Lutheran Boy when it comes to such things; I don't believe I would have initiated such a conversation, especially if I ever wanted to graduate from freelancer to regular employee (which never happened anyway). Yet the dude sought me out for the off-the-record discussion. Maybe I was so poor at the time all I could wear to the gala was a soiled raincoat I found in the trash outside the Paris Art on W.25th.
Anyway, my informant said that the potential of OMNIMAX hardcore had been discussed for a long time by insiders, but nobody could quite bring themselves to do it. Their conclusion, at least circa 1995, was that the human nervous system simply would not be able to withstand the sensory experience of pornography in OMNIMAX 3-D.
His statement kind of put me in mind of Douglas Trumbull's sci-fi movie BRAINSTORM, remember that one? Guy plugs himself into a machine that replays an orgasm for hours and hours and hours...and they have to carry him out on a gurney. That kind of side effect would just be bad for business for IMAX/OMNIMAX, right? There are just some things Man was not meant to tamper with.
Which brings me circuitously to ULTIMATE WAVE TAHITI, the latest short-feature documentary booked at the GLSC (your name here) OMNIMAX Theater. For what it's worth the buxom bikini babes and chiseled male physiques on display during this might well qualify the title as the Baywatch of IMAX/OMNIMAX cinema. During the fleshy tropic scenes, extrapolate for yourself what this flick might feel like if it went all the proverbial way. Maybe a shot-in-Australia AMERICAN PIE GOES DOWN...UNDER. Script by Kevin Smith, naturally.
ULTIMATE WAVE TAHITI matches the bronzed bodies and skimpy swimwear, of course, with redeeming "edu-tainment" social value. The large-format cameras follow surfing legend Kelly Slater, a nine-time world champion, as he seeks to conquer the famed "Demonic wave," said to be the most dangerous surfer wave possible, spawned by the currents and geological configuration of the Tahitian island chain.
It's a bit of an odd beach cocktail, going from the mellow ENDLESS SUMMER vibe (and Bruce Brown-worthy music) to a CGI-heavy science lecture on the physics, wind and gravitational origin of big water in which the only thing missing are chalkboards and labcoats. And maybe "the Professor" from "Gilligan's Island" to do justice to the dry narration, as Mary Anne and Ginger stand by in rapt incomprehension. But, as with the sumptuous IMAX wide-angle lens imagery, the peculiar genre of IMAX/OMNIMAX documentary cinema gets away with the dichotomy.
Additional background information about surfer Slater might have given the material a firmer narrative spine and would have been worthwhile, as the dude is old enough to be the father of many of the extreme-sports athletes shown here challenging the Tahitian waves. And, while similar recent surf documentaries (especially STEP INTO LIQUID and RIDING GIANTS) made use of miniature cameras and U/W gear to you right into the action, the limits of where heavy 70mm-format cameras can go evidently precluded putting one on a board and getting in a "pipeline." But, with long lenses and I'm sure super-sized patience, the filmmakers here go as close as they can.
Meanwhile amusing low-tech CGI representatives of Polynesian gods somehow manage to be both respectful to the native culture and Tiki-tastic at the same time.
It's an okay way to spend a winter afternoon at the Great Lakes Science Center Mayor Jimmy DiMora OMNIMAX Theater (sorry, just got out of a time machine, saw Cleveland's future), and forgive me if my undignified detour into pornography was beneath the dignity of this blog. But just in case they're listening, OMNIMAX 3-D sex films may be the one are of the media yet unconquered by the Kardashian sisters, just saying. (2 1/2 out of 4 stars)
Posted by Charles Cassady Jr. at 12:01 AM