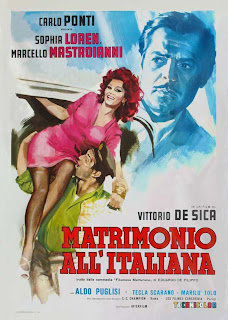 At the harness-racetrack, one of my many part-time jobs this week, I overheard on the headset one of my young co-workers discussing the televised Victoria's Secret runway show. In despair. He said the lingerie models were so hot it was literally painful to his eyes; he could barely watch them. Well, for his benefit and the peace of mind to all similarly afflicted males, let me as a man of the world tell you this: Those Victoria's Secret girls may seem fabulous now, but just wait. All that booze, marijuana, heroin, cocaine, peyote, methamphetamine, airplane glue and toad venom will eventually take their toll. So will the numerous illegitimate children, four or five apiece, all by different fathers (and it’s always Colin Farrell; I don't get how that works either). Then there's the facially scarring sportscar wrecks, the acid burns from DIY chemical peels, ghastly reconstructive/cosmetic surgery, tanning-bed accidents and botched implants. The domestically violent pro-athlete or rap-star boyfriends. The exercise-yard beatings in prison after the shoplifting/assault convictions. The many years of living rough on the streets after being expelled from the ashram for stealing the guru's platinum-grade credit card.


...And after all that, bent over, toothless and their shriveled skulls covered with wisps of sparse gray hair, then the supermodels will turn 21. And REALLY hit the wall. Still, that's probably cold comfort at best for my lonely racetrack buddies, and it will little avail the guys either to be at the Cleveland Cinematheque for a double-exposure to two of the most borderline-illegally built females ever to appear in front of cine cameras.

First is a Federico Fellini excerpt from a 1962 Italian anthology picture BOCCACCIO ’70, which showcased three of the leading Euro-sex symbols of the time. I have dim memories of actually seeing this movie but can’t recall where. I’m reading some fascinating reincarnation case histories right now, so given that I was born in 1963, let’s just assume I saw this movie in first run as an adult man, and, logically, died of heart failure (or suicide) at the stupefying sight of starlets Anita Ekberg, Sophia Loren and Romy Schneider. And then my soul somehow got reborn in Cleveland (maybe as karma punishment for the suicide). Anyway, the Cinematheque is showing the Ekberg bit, “The Temptation of Dr. Antonio,” which I think was the first time Fellini ever worked in color. A sort of a satire on censorship – or just an excuse to exhibit Ekberg’s legendary body - it concerns a prudish old man outraged by a billboard milk advertisement featuring a painting of an enormous-breasted beauty. He campaigns against it, only to have a dream (…or, was it?) in which the billboard image comes to life as Ekberg, a voluptuous giantess, who drives the poltroon insane with desire.

Hmmm, did Fellini see Allison Hayes in 1958’s ATTACK OF THE 50 FOOT WOMAN when he concocted this attack of the 50-26-46-foot woman? Could be. I seem to recall the segment being a bit on the one-joke side (or two-jokes, heheheh…), but you must forgive my poor memory, as I was possibly dead for a year.

MARRIAGE ITALIAN STYLE, from 1964, is the feature. Also known as MATRIMONIA ALLA ITALIANA, it's one of the many onscreen pairings of Italian cinema icons Sophia Loren and Marcello Mastroianni, with director Vittoria de Sica presiding. This is an adaptation of a popular play that I suspect was something of a household name in Italy and has been done on TV and film numerous times, "Filumena Maturano." That's Loren's long-suffering heroine, the longtime mistress of a somewhat shady Naples businessman-entrepreneur Domenica (Mastroianni). She's first seen brought to his villa, apparently dying and calling for a priest, on the eve of Domenica's marriage to a younger girl. The illness is all a calculating gambit by Filumena, of course, to get her hooks into Domenica. Flashbacks chronicle their lives from the 1940s to the 1960s (a nice bit of period evocation), beginning with Domenica as a dapper brothel customer at the wartime bordello where Filumena is a frightened teen prostitute.

He becomes her regular patron, and she blooms into a curvaceous primo harlot, with Domenica courtly towards her but never investing enough in the relationship enough to care that he's sharing her with other customers. After the war Domenica brings Filumena on board as a manager in one of his cafes, and as a kept mistress with her own suite overlooking the city. Nonetheless, the wealthy, well-bred businessman is always careful not to let the virtually illiterate woman from the Neapolitan slums into his intimate family and circle of associates; for them he passes her off as a servant's niece. And he's not very faithful to her either, a sad fact of which Filumena's well aware.
It sort-of sounds like a comedy – mainly because, over de Sica’s objections, it was retitled to sound just like another Marcello Mastroianni vehicle, the 1961 dark farce of spousal murder DIVORCE ITALIAN STYLE. But this is a more or less serious flick, though a far cry between the realistic dramas like UMBERTO D that brought de Sica early acclaim. It's probably a bit nearer the glamorous "white telephone" domestic melodramas and chic soapers that dominated much of Italy's cinema after sound came in. And even when she's supposed to be a bloated, over-the-hill concubine of 40 (horrors!), a haggard Sophia Loren is prettier than most actresses at any point. Her husband Carlo Ponti produced this, at one point having the costume department put his wife into a see-through full-body fishnet ensemble. Twist the knife more, fella! Is Loren's wasp-waistline for real, did de Sica have early CGI?

Mastroianni is lots of fun too, as the cad who uses Filumena so ill before getting into a neat little war of wits with the onetime peasant prostie who loves/hates him so. I suppose it still doesn't reassure any lonely guys out there, that Filumena pines for this guy and ignores a suitor from the lower rungs who promises to accept her as she is. But that's life, I've learned. The Victoria's Secret supermodels will no doubt spurn the affections of many a poorly paid camerman to cohabit instead with some hip-hop Grammy winner named iBeatzWomenz.Com, way it goes.
Maybe my affection for this flick partially springs from a few scenes in which Domenica escorts Filumena to the harness-race track for a date. Only, being Domenica, he takes her on a non-race day when there's nobody there - so he doesn't have to be spotted with a whore. Still, nice to know racetracks like ours might be frequented by the likes of Sophia Loren. Even if me and the rest of the crew don't get to see her. Probably more merciful that way. (3 out of 4 stars)
Posted by Charles Cassady Jr. at 12:01 AM