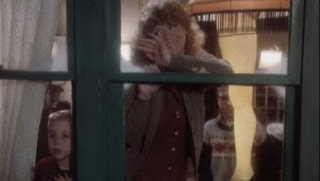 Santa will be making pre-Christmas appearances on the big screen at several Cleveland Cinemas locations this December. Showcasing true family-friendly classics as well as a twisted new European import, Cleveland Cinemas is offering something for everyone for the holidays.
A CHRISTMAS STORY
December 10th at 10:00 AM, Capitol Theatre
Part of the “Yuletide on the Near West Side” celebration, the Capitol Theatre has partnered with A Christmas Story House and Museum for a special showing of this shot-in-Cleveland family favorite. All Ralphie wants for Christmas is a Red Rider BB Gun but his mom is sure he’ll shoot his eye out in this comedy classic. Admission is just $5. Special door prizes provided by A Christmas Story House and Museum will be raffled off before the show.
Free Classic Holiday Cartoons and Breakfast With Santa
December 10th at 9:00 AM to 11:00 AM, Shaker Square Cinemas and Yours Truly Restaurant
Santa Claus himself will be hosting breakfast at Yours Truly Restaurant (13228 Shaker Square, Cleveland). Families can stop by Shaker Square Cinemas before or after breakfast to enjoy a program of free classic holiday cartoons. This 30 minute program will run on a loop allowing families to stop by anytime between 9:00 AM and 11:00 AM and stay for one or all of the cartoons. Admission to the cartoons is free. No ticket is needed for the cartoon program. Seating is limited and will be granted on a first-come first serve basis.
Santa’s Cool Holiday Film Festival: Featuring SANTA CLAUS CONQUERS THE MARTIANS
December 10th at 10:00 AM and midnight, Cedar Lee Theatre. This delightful two-hour holiday program is suitable for the whole family. A retro-rocket flashback to the Sixties that's chock-full of happy Christmas memories including vintage ads, cartoons, wacky 1950’s shorts like "Howdy Doody's Christmas" and a bouncing ball animated sing-a-long to "Jingle Bells" plus much, much more. All this culminates with the restored version of the hilarious 1964 retro-favorite SANTA CLAUS CONQUERS THE MARTIANS In 'Space Blazing' Color! Admission is just $5 or two nonperishable food items that will be donated to the Heights Emergency Food Center. Special door prizes courtesy of Big Fun.
GREMLINS
December 17th at midnight, Capitol Theatre
A small town is overrun by dangerous little monsters on Christmas Eve after a young man doesn’t follow the three simple rules for his exotic new pet. Joe Dante’s 1984 box office smash is as funny as it is scary and is playing as part of the on-going Melt Bar and Grilled Late Shift film series. Admission is $5.
MIRACLE ON 34TH STREET
December 18th at 10:00 AM, Capitol Theatre
This 1947 classic stars Edmund Gwynn as Kris Kringle, a department store Santa who just may be the real deal.  Admission is just $5. Children 10 and under who bring in a letter to Santa will get in for FREE. The Capitol Theatre will have a “Letters to Santa” mailbox and will make sure that all collected letters get posted and make it to the North Pole in time. This film is playing as part of the Capitol Theatre’s on-going Sunday Classics Brunch and Movie Series. After the film, patrons that show their ticket stub at one of our partner restaurants (LUXE Kitchen and Lounge, Latitude 41n, Reddstone, Stone Mad) will enjoy a discount on brunch.
SAINT
December 23rd at midnight, Cedar Lee Theatre
The Dutch have a very different idea about Santa Claus as witnessed in this chilling new film from the Netherlands. If a full moon lands on December 5th, a blood-thirsty Saint Nicholas appears to punish the naughty and the nice. Filled with suspense and dark humor, this twisted new Christmas movie is destined to be a cult classic. Admission is $5. Not rated but R in nature.
Tickets are available at the theatre box office or online at clevelandcinemas.com for all programs except the Free Classic Holiday Cartoons at Shaker Square.
Cleveland Cinemas location details:
Capitol Theatre
1390 W. 65th St.
Cleveland, OH 44102
Cedar Lee Theatre
2163 Lee Rd.
Cleveland, OH 44118
Shaker Square Cinemas
13116 Shaker Square
Cleveland, OH 44120
Posted by Bob Ignizio at 12:01 AM