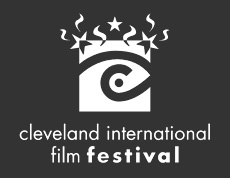 The Cleveland International Film Festival is thrilled to announce that it is the only 2011 recipient of a multiyear grant from The Academy of Motion Picture Arts and Sciences® for its FOCUS ON FILMMAKERS program. The CIFF will receive a total of $150,000 over a three-year period.
The FOCUS ON FILMMAKERS program will allow the CIFF to emphasize African American filmmakers
at the 36th CIFF in 2012, Latino filmmakers at the 37th CIFF in 2013, and LGBT filmmakers at the 38th CIFF in 2014 (the same year that the Gay Games are being held in Cleveland).
CIFF Executive Director Marcie Goodman stated, “The Academy of Motion Picture Arts and Sciences’ ® generous support of the CIFF is one of the greatest honors in the history of our organization.  With the Academy’s® funding, FOCUS ON FILMMAKERS will enable us to provide increased screening access to minority and less visible filmmakers. It will also give us the opportunity to deepen our involvement with these artists’ communities, thereby bringing the public into contact with films and filmmakers for meaningful dialogue and interaction.”
The 36th Cleveland International Film Festival will be held March 22 – April 1, 2012 at Tower City Cinemas in Tower City Center. For details, visit www.clevelandfilm.org.
For more information on the Academy’s Festival Grant Program, visit http://www.oscars.org/education-outreach/grants/.
Posted by Bob Ignizio at 2:54 PM