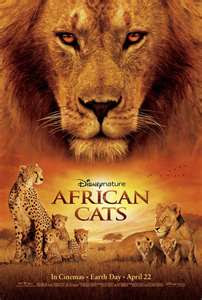 I don't want to throw cold water on the good news, but recently it was announced that nearly 500 new jobs would be created in Lorain County via Republic Steel ramping up their new furnace. Yes, fine, but I can't help but feel that if evil aliens craving human flesh ever wanted to capture hundreds of victims…this is exactly how they'd go about it. Announce a jobs windfall in Lorain or Cleveland, set up interviews outside a big holding-pen type structure, then blast off when the larder was filled to capacity. A real bad sign: if the employee handbook is entitled "To Serve Man." I'm just saying, consider what's more likely, statistically - an industrial-economic comeback for northeast Ohio - or space invasion? See my point? I hope the Lorain authorities will just stand by to make sure the folks coming out of the interviews aren't pod-people duplicates or anything.


Maybe a less fanciful sign of the downsize/layoff/slashfest that passes for our modern economy are the folks at Disney. Disney never has been the Happiest Place on Earth for labor relations, and based on what I'm reading, if Walt had actually written the original fairy tale of Snow White and the Seven Dwarfs the movie would've been called SNOW WHITE AND THE THREE DWARFS AND THE FOUR VERY SHORT UNPAID INTERNS. That brings us to the secret behind DisneyNature.


This is a recent rebranding of the relationship Walt Disney formed with wildlife filmmakers dating all the way back to 1949's Oscar-winning short "Seal Island." Disney's "true-life adventure" brand released iconic features such as THE LIVING DESERT and WHITE WILDERNESS (the movie that promulgated the myth that lemmings commit mass-suicide). DisneyNature purports to extend the mission beyond mere entertainment to include school outreach programs, conservation efforts and all that wonderful "green" stuff.

Great, but the recycling extends beyond bottles and cans. Whereas the earlier True Life Adventures employed filmmakers over here, the DisneyNature features, at least so far, have been utilizing the footage of British Broadcasting Corporation filmmakers. In fact EARTH, the 2009 big-screen theatrical release, was a re-edit of highlights from the BBC's "Planet Earth" television show. Disney's "Oceans" a year later hailed from the UK units, chiefly under Alastair Fothergill. Oh well, nice for Disney to have better use for English folk than voiceovers of cartoon villains like in THE LION KING.

Speaking of which, the latest DisneyNature entry is AFRICAN CATS, going direct-to-video, which perhaps is more to the scale of the project. Free of human presence except for Samuel L. Jackson narrating in straightforward Voice-of-God fashion (no jokes about "snakes on a plain," if you were wondering), the G-rated feature has parallel narratives following two families of big felines across perilous wet and dry seasons in a Kenyan wildlife preserve. One is a pride of lions, the other a lone cheetah mother - dubbed Sita - with her cubs. No, paths of the two species never visibly cross.

Amidst the pridemates the protagonist role goes to Mara, a young lioness in a dynasty founded by the patriarch lion, an aging and increasingly ineffectual male dubbed Fang. Poor Fang, very much the comic relief in the anthropomorphized aspect of the narrative, is pretty much all growl and no bite. He faces a challenge to his leadership from a rival male from across the river, the interloper loyally backed up by his mature sons. After their attack Mara endures the loss of her mother, fatally injured during one incursion, and possible ostracism from the pride altogether.

Sita the Cheetah, belonging, like most cats, to a non-social species, is all alone in protecting her cubs against raids from rapacious hyenas. Her task is to protect her cubs until the furry youngsters are old enough to manage by themselves.

Even with a few slow spots, the cinematography is consistently exquisite and worthy of Outdoor Photographer magazine, not to mention competing filmmakers at National Geographic. The wild African kittens are too cute for words, and, in typical Disney fashion, the lens always manages to find a convenient hillock or modest bush to conceal the worst of the imagery when these predators make their kills (or die tragically themselves). And there is a trendy global-warming message, that as climate change screws with the schedule of the region's wet seasons and dry seasons, complicating matters of subsistence and survival. Of course, DisneyNature has an app for that, or something, as does the DVD and Blu-Ray combo pack, which has numerous promos for DisneyNature eco-cational initiatives, and a Jordin Sparks music video. Surely one of the two will save the world.

So that's the deal with Disney's AFRICAN CATS, not a bad family-friendly documentary at all; I just wish they'd branded these films DisneyNature UK or something. And throw a bone (literally, if necessary) to the tigers, who are far more endangered in the wild and in captivity, as evidenced by the recent horror in Zanesville.

I've said a lot of negative things here about the Magic Kingdom's business face here. Don't get me wrong, though, any Disney recruiters reading this. If you guys ever hired me for anything I'd turn into the biggest corporate Mister Toadie you could imagine. Dig: "Hey boss! Show me how to turn off the safety protocols in the nastier animatronics from the Haunted Mansion and the Pirates of the Caribbean ride and I'll have those damn Occupy Orlando protesters cleared out faster than you can say bibbity-bobbity-boo! Let's unleash the Hall of Presidents robots on them too. Especially Lincoln. He wants violent revenge - I can see it in his eyes. But I'll bet you my import laserdisc of SONG OF THE SOUTH the Democrat ones will be just as brutal as the Republicans!" (3 out of 4 stars)
Posted by Charles Cassady Jr. at 12:01 AM