'Rush Time Machine 2011: Live In Cleveland' To Screen At The Cedar Lee Theatre 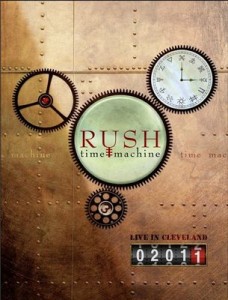 Filmed in HD this past April at Cleveland’s Quicken Loans arena during the renowned trio’s extensive Time Machine world tour, TIME MACHINE 2011: Live in Cleveland marks the band’s first live concert filmed in the United States.
RUSH TIME MACHINE 2011: Live in Cleveland is an evening with Rush performing their classic hits and features the legendary Moving Pictures album live in its entirety. Released in 1981, Moving Pictures was their most successful album to date, certified 4x Platinum and features some of Rush’s most well known songs and perennial radio favorites.
Tickets are $10 and are on sale now at the Cedar Lee Theatre box office and online at www.clevelandcinemas.com.
Posted by Bob Ignizio at 12:01 AM