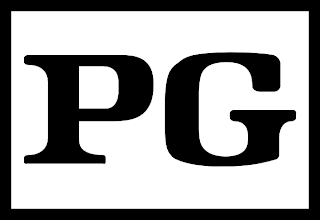 A lot of modern horror fans complain about “PG-13 horror”, and if you've seen most of the films that fall into that category it's easy to understand why. They tend to be especially vapid even by genre standards, and without even the cheap thrills of nifty gore effects and nudity. Interestingly, during the seventies there were a ton of horror films that squeaked by the MPAA with a PG rating (most would probably get the PG-13 today; the rating hadn't been invented yet), and many of these films are considered genre favorites. I think the reason is simple: even though they don't go to the explicit excesses of R and unrated horror films, these movies didn't see themselves as “kid's stuff”. Some of my favorite horror films fall in this category, and I decided that this year my Halloween “Bob's List” would reflect that. Please note I said “favorite”, not “best”. Some of these movies are pretty bad, a few really good, but all of them are entertaining.

3. BLOOD AND LACE (1971)
How this sleazy trash squeaked by with a PG even in the permissive 70's is a mystery, but it sure is a hoot. Features one-time Hollywood star Gloria Grahame and future Mel from TV's Alice Vic Tayback.

4. BLACULA (1972)
The “King of Cartoons” himself, Mr. William Marshall, is Mamuwalde, an African Prince bitten by Count Dracula who gets revived in the seventies. He's “Dracula's Soul Brother” the trailer informs us. Great seventies cheese.

5. ASYLUM (1972)
I saw the TV spot for this as a kid (when it was re-released as HOUSE OF CRAZIES) and was blown away by the shots of severed limbs (wrapped in brown butcher paper) crawling around. One of the more consistent anthology horror films, with all the stories written by Robert (Psycho) Bloch.


6. IT'S ALIVE! (1974)
A killer mutant baby prefers blood to mother's milk. As always, writer/director Larry Cohen injects some social commentary into the proceedings, in this case about drugs causing birth defects.

7. INVASION OF THE BODY SNATCHERS (1978)
A surprisingly good remake of the fifties cold war paranoia classic that updates the original's themes of conformity for the “me” decade.

8. DEATH DREAM (1974)
Another great low budget shocker from Bob Clark that puts a Vietnam era spin on the old tale of “The Monkey's Paw”. Also known as DEAD OF NIGHT, the title on this trailer.

9. RACE WITH THE DEVIL (1975)
Peter Fonda, Warren Oates, Loretta Switt and Lara Parker witness a Satanic sacrifice and wind up on the run from cultists.

10. KINGDOM OF THE SPIDERS (1977)
William Shatner chews the scenery while killer spiders chew on the supporting cast. That's entertainment!