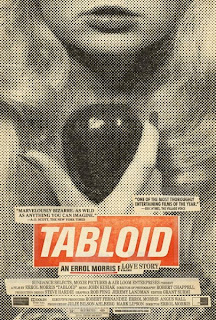 Documentary director Errol Morris’ groundbreaking third film, THE THIN BLUE LINE (1998) successfully argued that a man, Randall Adams, had been wrongfully convicted of murder by a corrupt justice system in . With its hypnotic style, featuring dramatic re-enactments of events and a haunting score by Philip Glass, it ushered in a new era of documentary filmmaking, which had been so long wedded to the "direct cinema" style of Richard Leacock and the Maysles brothers. His 2003 THE FOG OF WAR: ELEVEN LIFE LESSONS FROM THE LIFE OF ROBERT S. MCNAMARA presented a searing self-portrait of the Vietnam-era Secretary of Defense -- aided by Morris’ own invention, the “Interrotron,” a camera device that enables the documentary subject to speak simultaneously to the filmmaker and the camera lens. STANDARD OPERATING PROCEDURE (2008) examined torture by soldiers at Abu Ghraib prison.
Morris’ true interests, however, seem not so much political as just human, which has led him to troll for oddities like pet cemeteries and eccentrics like Fred Leuchter (MR. DEATH), an oddball engineer whose expertise in execution devices led to his recruitment in a campaign to deny that gas chambers were used during the Holocaust at Auschwitz.
With TABLOID, his latest documentary (and possibly his last), Morris has found an eccentric par excellence: Joyce McKinney, a former Miss who in 1977 flew to and was charged with kidnapping, chaining and raping her former boyfriend, who had become a Mormon priest. Given the salacious appetite of the British tabloid press, the story of , who was then a cute, shapely blonde, became a cause célèbre – “The Case of the Manacled Mormon.” As a subject of tabloid attention, – a highly intelligent but delusional young woman with a Southern-honey theatrical flair – did not disappoint. At her trial, titillated the British public and bemused the peruke-wearing magistrates with such bon mots as “I loved him so much I would have skied down naked with a carnation up my nose.”
The movie, a compelling symphony of Joyce’s own vivid, unreliable narration, vintage footage and interviews with cynical tabloid reporters and other players in the bizarre drama, has been criticized as “slight,” but what’s interesting is that even when his subject is a half-forgotten tabloid story of the '70s (with a bizarre revival in 2008), Morris has a knack for tapping into the zeitgeist. As Rupert Murdoch’s empire implodes in the wake of a phone-hacking scandal at one of his tabloids, The News of the World, a window has been opened on the longstanding sleazy practices of those papers, which feed on scandal and suffering and create it themselves. And Mormonism, which figures heavily in ’s weird saga, has never been more in vogue, with the presidential candidacy of Mitt Romney and the success of The Book of Mormon, the Tony-winning musical satirizing the very practices addressed by this story. (“Magic” underwear! Sexual repression! Missionary zeal!).
Now in her early ‘60s and considerably heavier than in her pageant days, still maintains that hers is “a love story,” which was distorted by the tabloid press. As tells it, she was an all-American girl from who dreamed of a white picket fence life (“like in the movies”) with a “very special man.” After moving to , she fixated on Kirk Anderson, a smiling young man who, she marvels, “always had the cleanest skin.” According to , she and Kirk had plans to marry, and one day he vanished – “evaporated into thin air.” She hired a private investigator, who located him at a Mormon church in . Having convinced herself that Kirk was being held by a cult, enlisted an accomplice and a pilot and concocted an elaborate plan – involving wigs, chloroform and a prop gun -- to “rescue” her beloved.
Having lured Kirk away from his church, proceeded to lure him away from his chastity vow. She secreted him in a cottage in , where she says they made love for days and planned their future marriage. The police, and a repentant Kirk, claimed he was tied to the bed, spread-eagled, and forced to have sex with Joyce, a claim McKinney, with characteristic style, dismissed in court as “like trying to force a marshmallow into a parking meter.” The court didn’t seem to know what to do with the case of a female rapist, and eventually and her devoted accomplice slipped bail and fled the country, disguised as members of a deaf theatrical troupe.
was the toast of Fleet Street, whose salivating readership couldn’t get enough of the “Sex in Chains” girl. Battling tabloids vied for the best scoop; one paper’s checkbook journalism yielded a cache of nude photos and evidence of a tawdry past as a masseuse/sex worker in Is she “barking mad,” as the tabloid reporter insists, or, as McKinney paints herself, an old-fashioned romantic whose high ideals could never be matched by anyone save for Kirk (or her idea of Kirk)? In fact, after her misadventures, never married or dated anyone else. She resurfaced in 1988 after traveling to to have her cherished pit bull cloned, setting off another gaudy spate of tabloid stories. recently showed up, dressed to the nines, at a recent screening of TABLOID claiming that Morris stole her story.
Morris makes no judgments about or the tabloid press, letting the delusions of one and the cynicism of the other to speak for themselves. That is the art of Morris’ work. If he stops making documentaries, as said he will (he is slated to direct his first dramatic feature, about a man who froze the first person for cryonic resuscitation), it is for this that he will be remembered.
Posted by Pamela Zoslov at 12:01 AM