I, ALEX CROSS to shoot in Cleveland in Spring/Summer 2011 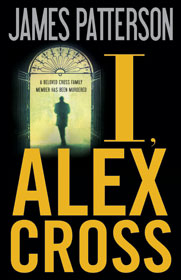 The Greater Cleveland Film Commission is excited to announce that I, ALEX CROSS, a film based on James Patterson’s best-selling book series, will be shot in Cleveland. The film is the fourth feature film to be shooting in the area during Spring/Summer 2011. The Ohio Film Office has confirmed that the film will receive an Ohio Motion Picture Tax Credit. I, ALEX CROSS is expected to hire 183 Ohio-based crew and more than 1,700 cast members, including extras.

The book series the film is based on has had billions in sales worldwide and the film will focus on the original story that started it all. Alex Cross, doctor of psychology and expert homicide detective, investigates a series of murders and uncovers evidence that the killer has a much grander plan. After thwarting the killer’s next attack, Cross soon finds himself and his family among the killer’s next targets.

The film, marks the 11th project approved for a tax credit from the Northeast Ohio region since 2009, and the 5th to be confirmed for Spring/Summer 2011. “This is shaping up to be, far and away, the busiest summer for movie production in Cleveland history,” said Ivan Schwarz, Executive Director of the Greater Cleveland Film Commission. “The entire community – including our public partners, local cast and crew, and film vendors – has rallied around this industry. These films will continue to create jobs and economic benefits for the Cleveland region, while building a strong and sustainable media industry.”

“With the enlightened Ohio tax incentive I look forward to making one of the first films that can show all the state has to offer,” said director Rob Cohen.

“We are very pleased to be filming in Ohio and look forward to a successful project for everyone involved,” said producer Paul Hanson. “Both the Ohio Film Office and the Greater Cleveland Film Commission have been fantastic partners.”

“Once again, we have been able to successfully demonstrate that Ohio has the right mix of locations, partnerships, incentives, and customer service that makes us an ideal production destination,” said Amir Eylon, Director of the Ohio Tourism Division, which houses the Ohio Film Office. “We are thrilled that they have chosen Ohio as the film’s location.”

“Congratulations to our partners at the Greater Cleveland Film Commission for their success this season with bringing high profile film projects to the city. Each production brings immeasurable benefits to Cleveland … they bring exposure to our city and opportunities to our people,” said Mayor Frank G. Jackson.

“We are thrilled to hear of another film that will be made here in Cuyahoga County this year,” said Cuyahoga County Executive Ed FitzGerald. “Cuyahoga County’s support of the Greater Cleveland Film Commission is part of a strategic investment in economic development, job creation and community marketing. Productions that film in Cuyahoga County are investing thousands of dollars in local services and vendors, from our hotels, restaurants to film-related companies that provide industry-standard services. They are hiring local residents and investing in local facilities for shooting, production, office space and more.”
Posted by Bob Ignizio at 12:00 AM