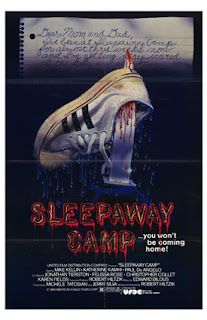 The MELT BAR & GRILLED LATE SHIFT film series has announced its remaining films for 2011 and continues to showcase a variety of popular films from the recent and distant past that have developed enthusiastic fans over the years.  Features will screen at the following Cleveland Cinemas’ locations: Cedar Lee Theatre (2163 Lee Rd., Cleveland Hts.) and the Capitol Theatre (1390 W. 65th St., Cleveland).

"I am extremely excited to be partnering up with the great folks at Cleveland Cinema's for the Melt Bar and Grilled Late Shift Movie Series.  The fun possibilities with this cross-promotion partnership are endless.  The classic films are great to watch and also fuel my creative mad scientist sandwich creations!” says Matt Fish, owner of Melt Bar & Grilled.