CHARLES CASSADY'S TOP TEN OF 2010
I want to circulate a conspiracy theory: When he was arrested, Roman Polanski retaliated by laying an old Polish Gypsy curse on 2010 and the art form that had brought him so much grief. This would therefore be...worst...movie...year...ever.

It's not just me. Writer Joe Queenan, mid-way through the summer, asked if this wasn't the crummiest annum in motion-picture history. Joe Queenan has actually written nice things about visiting Cleveland. So we may be dealing with a bit of a softie here. And even HE couldn't work up the enthusiasm to be a blurb whore about "Prince of Persia" or "Knight and Day."

If Obama didn't have anything better to do (and when it came to moviegoing in 2010, there was always something better to do), I'd call for a creativity stimulus package. Or an imagination bailout. Or something, to reverse a most utterly unmemorable 12 months. More comic-book adaptations (ooooh, JONAH HEX at last; now we can die in peace), more futile book-to-film exercises, more sequels, more remakes, more lookalike digital-animated children's movies with voiceovers by Not Ready for Prime Time Players (DESPICABLE ME vs. MEGAMIND, who'd win? Answer: Not anybody who paid to see them.), more transfigured TV shows (was there really an A TEAM feature or was I just having a post- MACGRUBER nightmare?), more marketplace-assembled, CGI-rendered entertainment "product" with no enduring import, value or point.

Subsequent to the current Year of Viewing Dismally I had started to notice that the end credits of some movies now carry a "green" disclaimer, probably to placate evironmentalists by asserting that the sensitive film artisans did everything possible to minimize their "carbon footprint" in practicing their noble craft. Dudes, your flicks are insubstantial enough as it is. A carbon footprint is practically all you had left. Here, though, at the request of my editor, is a list of what I most enjoyed in 2010. Compiling it was not easy, I assure you: 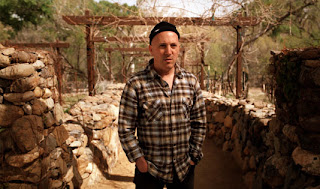